MEC to be Acquired by Private U.S. Investment Firm 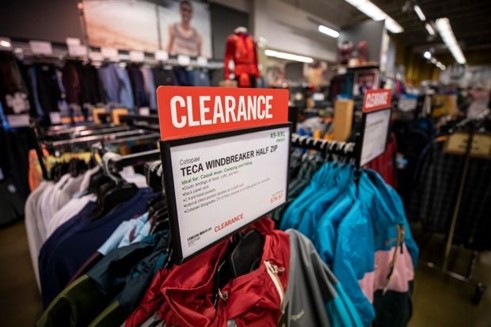 The board of directors for Mountain Equipment Co-op, Canada’s largest consumer co-operative, says it has unanimously approved a deal for a private investor to acquire MEC’s assets, including the majority of its retail stores. The Los Angeles-based Kingswood Capital Management is buying the outdoor goods retailer through the Companies’ Creditors Arrangement Act (CCAA) — legislation that allows financially troubled companies to restructure. Financial details of the transaction weren’t disclosed.

MEC said the acquisition is necessary to ensure a future for the retailer and that its financial struggles had been exacerbated by the disruption of the COVID-19 pandemic.

“After careful consideration of all viable options, the Board made this difficult decision,” said MEC’s Board Chair Judi Richardson. “Despite significant progress on a thoughtful turnaround strategy undertaken by new leadership, no strategy could have anticipated or overcome the impact of the global pandemic on our business. Today’s announcement, including the transition from a co-operative structure, is creating a positive path forward for MEC.”

Richardson said the new organization will continue to use the MEC name and brand.

Longstanding MEC member Eric Claus will lead Kingswood’s newly formed Canadian affiliate as Board Chair and CEO. Claus said Kingswood is committed to keeping at least 17 of the 22 stores open and retaining as much as 75 percent of the workforce.

“It’s easy to talk about numbers and stores, but it’s people and it’s lives. Families. It’s a very emotional thing,” Claus said. “It’s obviously going to be a difficult time.” He says the decision about which stores remain open should come soon, saying it’s “not going to be a long and drawn out process.”

The Vancouver-based outdoor gear and clothing retailer was formed in 1971. It is Canada’s largest consumer co-operative with over five million members.

At the end of the transaction, MEC will be a privately owned company. MEC says the co-op model will continue to exist for a period of time but will eliminate the co-op structure longer term. During the transition from a co-operative to a private company, members would have to claim themselves as creditors to stake a claim on their $5 shares.

But Claus says its “highly unlikely” that members would get their share value back.

“Like in any business, if it’s a co-operative or another, equity ranks at the bottom of the list,” he said. “I’m sure there’ll be some people that won’t be happy they lost their $5, but I think the co-op’s given them over the years a lot more value than $5.”

He says the company is still hoping to find a way for membership to have value.

MEC has successfully obtained court protection under the CCAA proceedings. This will allow MEC to continue operating its retail business while the acquisition is completed.

The sale is still subject to court and regulatory approvals but is expected to close by the end of the year.