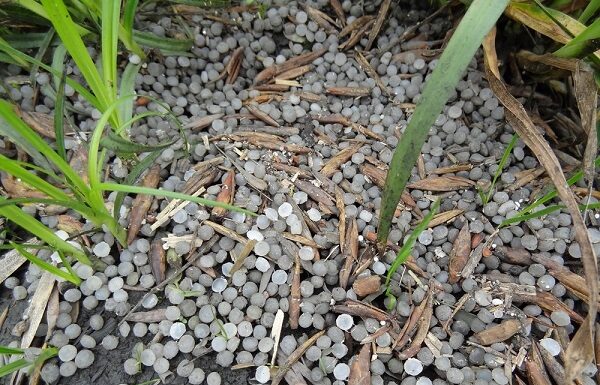 In the highest vote on plastic pellet pollution to-date, a majority of investors at DuPont has voted in support of an As You Sow shareholder resolution asking the company to produce an annual report on the amount of pre-production plastic the company releases into the environment annually.

The company will release the final vote percentages at the end of this week, but confirmed the preliminary vote was greater than 50 percent in support.

“Today’s vote demonstrates investor interest in taking action on a silent but deadly contributor to the global plastic pollution crisis,” said Kelly McBee, waste program coordinator at As You Sow. “Pellet spills have been ongoing for decades, but the industry has failed to respond proactively. Public reporting of spills is the first step in corporate accountability for plastic pellet pollution.”

Plastic pellets are the building blocks for nearly all plastic products and are estimated to be the second largest direct source of microplastic pollution to the ocean by weight. Once produced by petrochemical companies like DuPont pellets are transported by rail, ship or road to a second or third destination before being melted into a final product. It is estimated that throughout the pellet supply chain an estimated 10 trillion plastic pellets are spilled and unrecovered every year.

Once in the environment, pellets can absorb toxins from the water. Often mistaken as food, these pellets can be eaten by marine life when pellet absorbed toxins can be transferred to humans through consumption of seafood. Ocean plastic pollution causes fatalities in more than 800 marine species from ingestion, entanglement, suffocation or drowning.

More than 200 pellet, flake, and powder spills have been reported to the National Response Center since reporting began. These pellet spills create financial risk. Petrochemical and plastics companies have paid substantial fines for pellet releases, with the largest fine reaching $50 million.

DuPont is a member of Operation Clean Sweep, an industry program that has been revealed to be designed largely to fend off regulation, not to ensure compliance nor success. Operation Clean Sweep provides best practices to reduce pellet loss but does not facilitate public reporting on spill incidents, as the As You Sow resolution requests.

To learn more about As You Sow’s work on plastic pellets, click here.