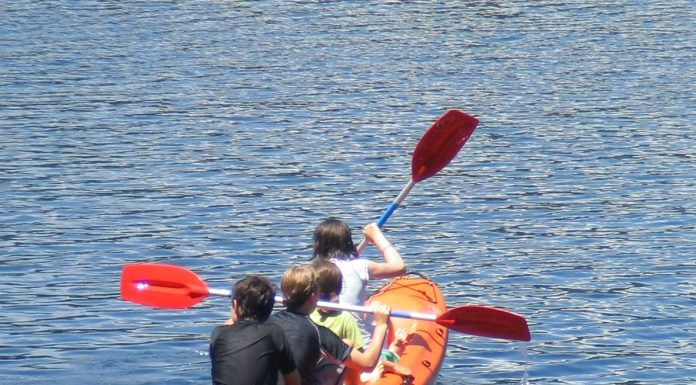 The inability to foresee the seemingly unforeseeable cost the paddling industry some serious dollars (that, and an arguably antiquated sporting goods supply chain). When Americans went looking for ways to survive social distancing mandates and fill a surplus of free time, kayaking floated to the top of the list of possible solutions. Unfortunately, too many were frustrated by “out of stock” shock when shopping for new boats and basic accessories. Even so, a bigger missed opportunity could come from assumptions that the recent surge in recreational kayak sales was little more than a blip created by “unprecedented” circumstances.

That’s not to diminish the importance of the unprecedented boom in sales during the last several months. Indeed, recreational kayak sales were more than strong in a weak market; they were market leading. For the 12-month period ending in May 2020, including a period when everyone found it hard to look at their sales numbers, recreational kayaks racked up more than $405 million in sales throughout outdoor retail channels, according to NPD Group figures. Much of that activity occurred during the last few months, said Julia Day, NPD Group executive director of business development. And June sales were looking even stronger, said Day. The recent 12-month total is up from the $200 million NPD counted for the 12-month period ending February 2016.

At outdoor specialty specifically, recreational kayaks was the number one dollar driver among outdoor gear listed by NPD, accounting for $98.4 million for the period. Also among the top five in specialty dollars were whitewater kayaks ($9.1M), water sports PFDs ($7.1M) and platform hitch racks ($5.1M).

On one hand, a retail buyer could look at these numbers and conclude that this latest crop of newcomers has now already bought their boats and required accessories. If you missed the boom, you’ve largely missed out on the big dollars, at least until normal replacement cycles come around.

On the other hand, the latest surge in interest could represent more of a tipping point and less a market blip. For starters, not everyone got their boat, paddles, PDFs and car rack, as supply issues have been reported since at least May. All the while, participation numbers were growing rather healthily well before any “new normal” gave the market a push.

According OIA’s figures, the number of recreational kayakers has nearly doubled during the 10-year period ending in 2018 – a rather impressive rate of growth for a mature, legacy outdoor category. Ten years ago, more people mountain biked than recreational kayaked, show OIA data. By 2018, kayakers, at 11 million, outnumbered mountain bikers by 2.3 million. Recreational kayakers now outnumber snowboarders by 3.8 million. And OIA counted more recreational kayakers in 2018 than backpackers (overnight 1/4 mile or more in) or trail runners. The association also counted an additional 7.9 million participants of other forms of kayaking, such as whitewater and sea.

The point made by the dollar and participation numbers is that recreational kayaking may be a more significant product category within outdoor retail channels, and a bigger opportunity overall, than has traditionally been assumed. Factor in the recent bump in dollar and participation numbers and kayaking could be moving from niche or regional status to mainstream attention. After all, the paddling conditions can be far from ideal for rec kayakers who view a casual float on the water as simply part of an afternoon swimming in a natural setting and picnicking along the shore.

For many years now, kayak brands have made a concerted effort to produce lighter, more stable, more affordable and entry-level boats, while a fleet of inflatable offerings looked to address those with space and transporting issues. It seems efforts are paying off, and today’s in-store pick-up delivery options solve the old problem of big boats and small floorspaces. Now it’s up to the industry to foster and enthuse a new and growing base of potential lifetime customers.