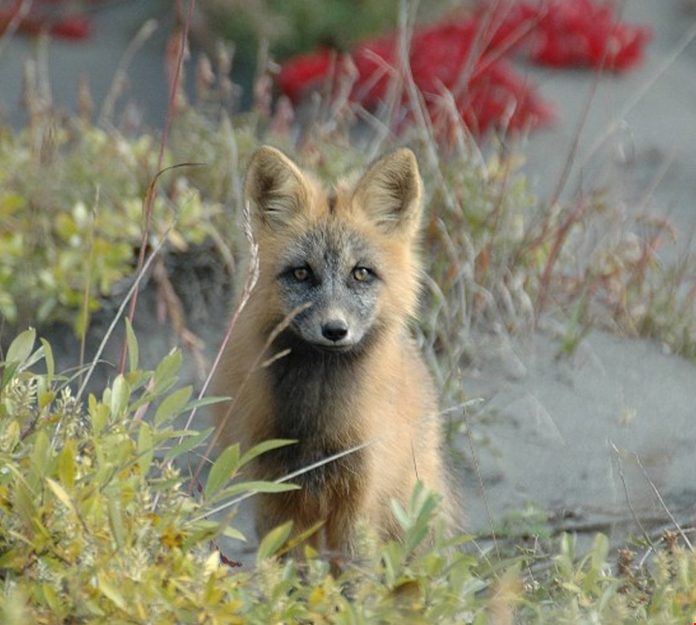 So why did Outdoor Retailer move its shows to Denver?

Colorado businesses across the state from outdoor gear companies to breweries, wineries, and distilleries are outraged that Colorado Senator Gardner voted yesterday against a Senate budget amendment that would have removed a provision that paves the way for opening America’s Arctic National Wildlife Refuge to fossil fuel drilling. Nearly 200 Colorado businesses have stepped up to urge Senator Gardner to protect America’s largest wildlife refuge.

The letters stated: “Please hear our business voices, an economic powerhouse in our state, and do not allow any fossil fuel development in the Arctic National Wildlife Refuge.”

Drilling in the Arctic Refuge was included as a provision in the President’s proposed budget as well as the House and Senate fiscal year 2018 proposed budgets. Today, Senator Gardner voted against a Senate budget amendment which would remove the provision that would allow drilling in the Arctic Refuge. Protection of the Refuge has been supported by Democrats and Republicans for decades, and the most recent inclusion of drilling is the most aggressive attempt to open the Refuge in decades. Fortunately, the Senator has time to reconsider his position, said the group.

Sam Mix with Osprey Packs based in Cortez and one of the over 100 Colorado outdoor businesses who have been pressuring Senator Gardner to Protect the Arctic said, “Companies in the outdoor industry have been pleased by Senator Gardner’s public statements and action to support the outdoor recreation economy, but he must also actively protect the public lands where we recreate. Protection of public lands is vital not only for the health of our ecosystems, but for the outdoor industry, which generates more than $28 billion annually in consumer spending in Colorado.”

Andy Astor with Elevation Beer Company in Poncha Springs, and one of over 50 breweries, wineries, and distilleries who have been asking Senator Gardner to Protect the Arctic, said, “Sen. Gardner has heard from almost 200 businesses across the state that protecting the Arctic Refuge is a priority for the people of Colorado. We are disappointed in his vote today to drill in the Refuge and we hope that he will see through this budget gimmick, and do the right thing by voting against drilling at the next opportunity.”

Senator Gardner often touts his work to protect our public lands and how he is a strong public lands supporter. He stated in an email to the Denver Post in February: “I’ll continue to work with my colleagues in Congress to protect public lands in Colorado and around the country.” The Senator’s website states: “Public lands are some of our most cherished national treasures, and as a fifth-generation Coloradan I understand the importance of preserving iconic landscapes in my state and across the nation. We must be good stewards of our natural environment, and this includes being responsible for the lands placed into parks, historic sites and trails, monuments, and recreation areas.”

Jaime Joseph with Backpacker’s Pantry in Boulder said, “One of the most patriotic things we can do is to protect America’s public lands across the country from the Great Sand Dunes to the Everglades to the Arctic National Wildlife Refuge. Why Senator Gardner would vote to give away America’s irreplaceable Arctic Refuge for a less than a year’s worth of oil is bewildering and disappointing. We hope he comes to his senses and remembers that he claims to be a supporter of public lands while going through the budget reconciliation process.”

Businesses across Colorado urge Senator Gardner to reverse his pro-drilling stance during the budget reconciliation process and protect the Arctic national Wildlife Refuge from drilling.

Chris Fish, co-owner of Telluride Brewing Company and letter signer said, “Senator Gardner failed Coloradans and our Colorado businesses who rely on public lands today. The Arctic National Wildlife Refuge is one of the wildest places left in America and has stood for decades as a symbol of our public lands heritage. Fossil fuel development and the related industrial infrastructure that would come with drilling would have ruinous impacts. Protecting America’s public lands isn’t a partisan issue, rather protection of the Arctic Refuge has been supported by Democrats and Republicans for decades because it’s just the right thing to do. Let’s hope Senator Gardner remembers this as he works to finalize the budget.”