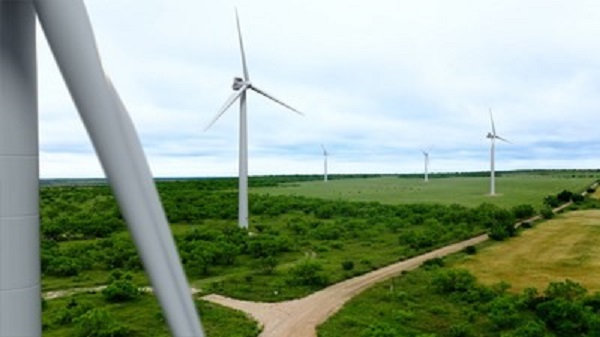 Through the agreement, which was facilitated by LevelTen Energy, lululemon will purchase the electricity delivered to the grid by a 15 MW portion of Enel Green Power’s North America Azure Sky Wind project in Texas, equivalent to the electricity used by all of lululemon’s company-operated stores, offices and warehouse facilities in North America.

The agreement is lululemon’s first renewable energy VPPA and underscores the company’s investment to fueling its Impact Agenda.

The announcement helps lululemon achieve its renewable energy commitment this year and make progress against its Impact Agenda goals which include science-based targets by 2030. lululemon’s Impact Agenda, launched last October, details the company’s strategy to become a more sustainable and equitable business, and outlines its vision to minimize environmental impact and contribute to a healthier world.

Located west of the Dallas-Fort Worth in Throckmorton County, Texas, the Azure Sky Wind and Storage project includes a 350 MW wind project paired with approximately 137 MW of battery storage and is expected to be operational in the first half of 2022.

The project – consisting of 79 wind turbines – is being constructed in accordance with Enel Green Power’s North America Sustainable Design and Construction model and is expected to generate more than 1,300 GWh each year, which will be delivered to the grid and will charge the battery located in the same facility.