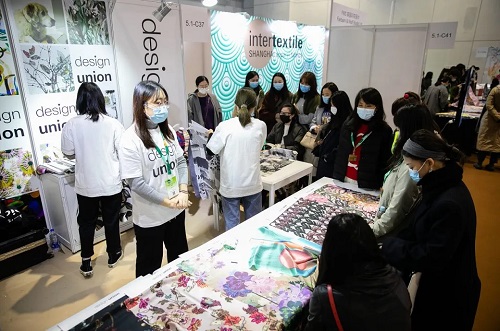 Originally scheduled to take place in October, the two Autumn fairs will be merged with next year’s spring editions, March 8-10. The decision supports ongoing pandemic control measures in Shanghai, while the move also integrates industry resources more efficiently and provides more certainty to exhibitors in their planning.

“We know how important the Autumn sourcing season is for textile buyers and suppliers, but as a responsible trade fair organizer, we hold a commitment both to our participants and the local authorities that extends beyond the fairground,” said Wilmet Shea, deputy general manager of Messe Frankfurt (HK) Ltd.  “Given the ongoing pandemic control measures in Shanghai, and after consultations with key stakeholders, we have decided that deferring the Autumn fairs to next Spring is the most appropriate arrangement for the textile industry.”

Shea added, “While we have looked to find an appropriate timeslot later this year for the Autumn shows to be held, any postponement would congest the trade fair calendar by placing the Autumn fairs too close to the Shenzhen editions of Intertextile Apparel Fabrics and Yarn Expo this November, as well as the Spring editions in Shanghai next March.”

Between now and Spring, the Shenzhen editions of Intertextile Apparel Fabrics and Yarn Expo held in Autumn offer textile suppliers and buyers the opportunity to expand their business in the Greater Bay Area, a fast-growing hub for high-end fashion.

Exhibitors or visitors with any questions regarding the fairs can  email textile@hongkong.messefrankfurt.com, or visit the fairs’ respective websites:

Messe Frankfurt’s China textile fairs form a part of the company’s Texpertise Network, which consists of some 50 fairs around the world. More information can be found here: http://www.texpertise-network.com.