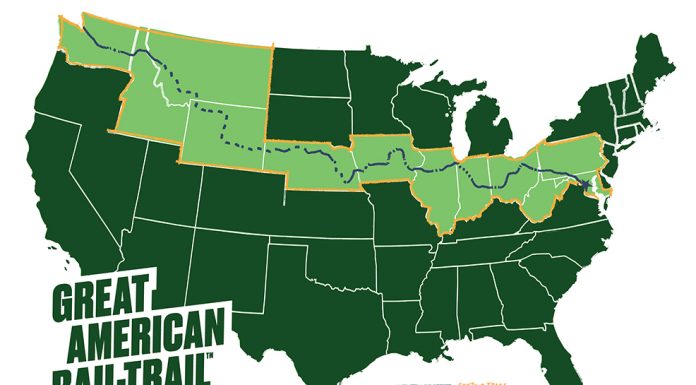 As the 2020 trail construction season closes in much of the country, Rails-to-Trails Conservancy (RTC) and Great American Rail-Trail™ partners on the 3,700-mile route, celebrate new investments and more miles completed for the nation’s first cross-country multiuse trail.

More than $4 million in public and private funds were secured during the year for projects along the route. In addition, more than 20 miles of trail along the Great American corridor were completed, bringing the total mileage to more than 2,000.

According to a recent RTC study, the country’s trail economy generates more than $34.1 billion annually, and could grow to more than $138.5 billion each year as the connectivity of trails and active transportation routes improves. The total local spending impact of the nation’s rail-trails is $10.6 billion annually.

Since the project was introduced in 2019, 50 miles have been completed along the developing route and new trail projects have begun or are underway in 10 out of 12 Great American states. In addition, a total of $18.4 million in public and private funds have been secured to advance local Great American projects.