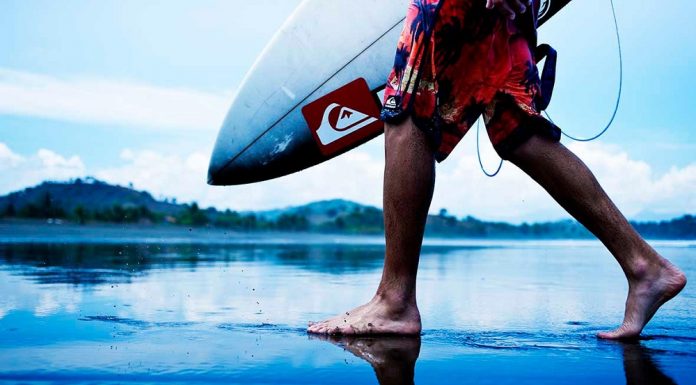 Arens replaces David Tanner, who served as the Boardriders CEO since February 2018 and whose appointment came after Boardriders’ previous CEO, Pierre Agnes, went missing at sea off the French coast.

“As a former athlete and avid boardrider myself, I appreciate the passionate communities, culture, and lifestyle our brands represent,” Arens said. “And as an experienced action sports executive, I know this industry, its people, and markets and am certain the best is yet to come for our brands.”

The North Face, one of the outdoor industry’s most recognizable legacy brands, thrived under Arens’ leadership. When he took over in May 2017, the company’s calendar-year revenue was around $2.3 billion. He helped grow that total 13 percent to $2.6 billion by 2019, according to materials distributed at the company’s September 2019 Investor Day.
Before serving as The North Face’s global brand president, Arens worked in the company’s EMEA (Europe, Middle East, and Africa) division, where he spent five years as its general manager. Before joining TNF, Arens spent almost eight years at Nike in a variety of sales and marketing positions.