Elevated Mountain Guides: Breaking Down Barriers in the Outdoor Community 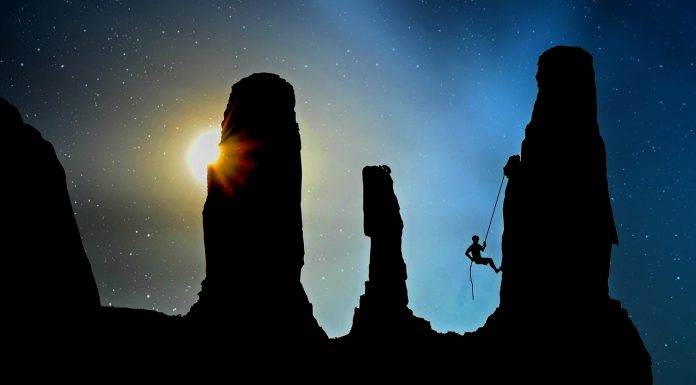 This year’s Outdoor Recreation Report contained yet another extensive list of reasons why people avoid going outside. Some, for instance, lack the money to participate in sports like camping and rock climbing, while others don’t have anyone to participate with, lack the skills or abilities, or don’t have enough information to learn a new activity.

The list goes on and on, and it’s always sad to see. The outdoor industry may be growing year over year, but the fact is there are still many people missing out on the action.

Now, though, there is a widespread effort taking place to close the participation gap and increase involvement in underserved communities. Slowly, the outdoor community is expanding into new territories thanks to the tireless efforts of organizations like Utah-based nonprofit Elevated Mountain Guides.

Elevated Mountain Guides launched its pilot exploration program, Project: Elevated Access, back in 2015 in the town of Huaraz, Peru.

In 2016, Elevated Mountain Guides expanded and introduced Project: Climb in conjunction with the Salt Lake Boys & Girls Club. Looking forward, the organization will be expanding yet again in 2019, as it plans to spread deeper into the Salt Lake and Summit counties.

“I expanded the program to the U.S., to help local underserved communities access the outdoors,” McGee said. “We mostly focus on rock climbing, which has many therapeutic benefits. Right now, we work with female refugees, and a lot of youth, homeless and foster kids.”

“We teamed up with Elevated Mountain Guides to give them a platform for support,” said Liz O’Brien, marketing engineer at Mystery Ranch. “We also wanted to help put the focus on the climbing world,  and help drive greater access.”

We were very eager to learn a personal success story that McGee has witnessed during her time at Elevated Mountain Guides.

“So far, the biggest takeaway for me — and the one that touched my heart the most — was this summer we had a group of eight kids from the Boys & Girls Club come out on a rock climbing trek with us,” she said. “Most of them had never been outside of the city or that immersed in nature before.”

“One girl refused to climb, which was totally fine because we brought a hammock,” McGee continued. “She had never seen one before, and she had never been to the mountains. She sat in the hammock and balled her eyes out and said it was the best day of her entire life.”

“I thought it was incredible that she was given this opportunity,” McGee added. “It’s clear that we are having a big impact locally and globally.”

McGee also elaborated on how the group is directly empowering women guides.

“As a female guide in the industry, it’s been really hard at times to be taken seriously,” McGee explained. “I always felt like had to prove that I could handle [the task]. Now, we’re seeing a different kind of face emerging in the industry. It’s becoming a lot more accessible for women.”

McGee gave credit to everyone who has stepped up to help further the organization’s mission.

“I really appreciate how many men in the industry have put themselves and their own guiding aside so that we could work together,” McGee said. “There is still a long way to go, but the more women we have empowered and educated — really well educated — the more we will able to expand.”