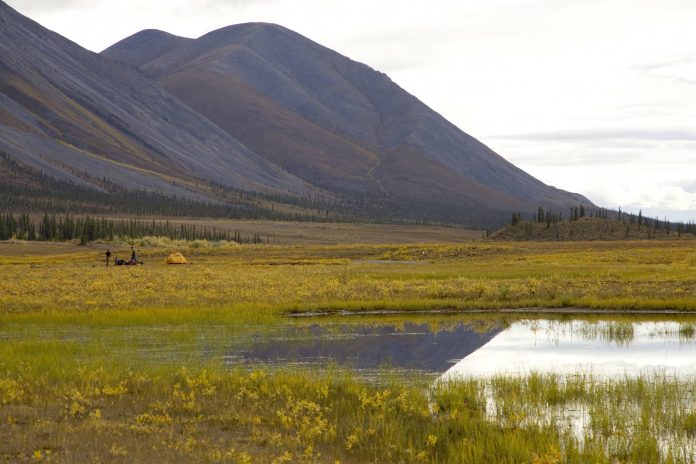 Senator Cory Gardner and the Colorado Republican congressional delegation voted Tuesday and Wednesday for a tax bill that includes a provision to open the Arctic National Wildlife Refuge to fossil fuel development. Protection of the Refuge had been supported by Democrats and Republicans since 1980, and opening the Refuge to development has never come this close to passing and has been described by many and one of the most anti-environmental actions Congress has ever taken. The bill now heads to President Trump’s desk for his signature.

Sam Mix with Osprey Packs in Cortez said: ”Osprey Packs is heartbroken that Senator Gardner continues to ignore Colorado businesses and his own claims that he’s a public lands supporter by voting once again to ruin America’s wildest place by opening it fossil fuel development.”

“The Outdoor Retailer show is moving to Colorado in January due in large part because of our state’s appreciation for America’s public lands. By voting to destroy America’s Arctic Refuge, Senator Gardner and our Colorado Republican House delegation is agreeing to wreak havoc on our public lands,” said Jay Getzel, President of Golden-based Mountainsmith. “Once America’s last great wild place is opened to drilling, it can never be brought back.”

Andy Astor from Elevation Beer Company said, “While we as a business may benefit from the reduction of federal excise taxes in this bill, we as American citizens have once again taken a back seat to big money donors, special interests, and witnessed a lack of transparency in our governance that will negatively impact the environment for generations to come. Sen. Gardner has again voted in contradiction to his stated claim of being a champion for public lands.”

The coastal plain of the Arctic National Wildlife Refuge is the wildest place left in America, and is known as the biological heart of the refuge. This area provides vital denning habitat for polar bears, and is the calving ground of the 197,000-strong Porcupine Caribou Herd that sustains the communities and culture of Alaska’s indigenous Gwich’in people. Until now, the area was off-limits to oil and gas development due to decades-long bipartisan protection.

For the past six months, nearly 200 Colorado outdoor and recreation companies, breweries, wineries, and distilleries have been meeting with and urging Senator Cory Gardner to stand by his frequent claims that he “supports our public lands” by keeping Arctic Refuge drilling out of federal budget process. Last week, Colorado House members received a letter from 80 Colorado businesses asking the delegation to protect the Arctic National Wildlife Refuge by removing drilling in the Refuge from the tax bill. Senator Michael Bennet has championed protecting the Arctic Refuge, and co-sponsored legislation to designate the Coastal Plain of the Arctic National Wildlife Refuge as wilderness to protect the land from future drilling. The Colorado Democratic members of the House of Representatives voted against the tax bill.