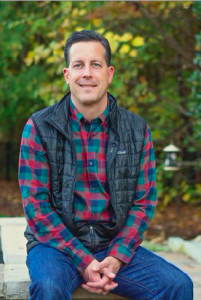 Bass Pro Shops has named Michael P. McDermott, a former executive at the Lowe’s home-improvement chain, as the replacement for Jim Hagale as president. McDermott will guide the next phase of the integration of Bass Pro and Cabela’s and accelerate the outdoor retailer’s omni-channel efforts, said the company.

Hagale, president since 2003 and COO since 2002, will stay on as senior advisor and acting CFO.

McDermott, who’s official title is president omni-channel retail for Bass Pro Shops, was most recently executive vice president and chief customer officer at Lowe’s. According to the announcement from Bass Pro, McDermott was “a key member of the executive leadership team responsible for articulating and executing a compelling omni-channel customer experience.” He managed an $850 million marketing budget with expertise in campaign development, agency management, loyalty creation and traffic generation.

McDermott also directed the full merchandising offer for all Lowe’s stores in the U.S., Lowes.com, and all global sourcing activities designed to increase traffic, revenue and profitability.

“The success of Bass Pro Shops and Cabela’s is based on exceptional customer service, great products and highly creative marketing. That’s Mike’s wheelhouse,” said Bass Pro’s founder/CEO Johnny Morris. “Mike is a humble man of great character who will be true to our core values while leading us to new heights in full-spectrum Omni Channel to maintain our position of leadership. Mike has earned a reputation of being a good listener and we are truly honored to have such an experienced, yet down-to-earth, customer focused leader join our company.”

Bass Pro also noted that the search for a new president took into account the overall disruption taking place at retail that’s being driven by a rapid shift to online purchases and the arrival of mobile phones, social media and a wide range of digital technologies.

In 2014, he became chief merchandising officer, where he directed global development and execution of all aspects of merchandise assortment, service selection, pricing, promotion, credit and sourcing activities.