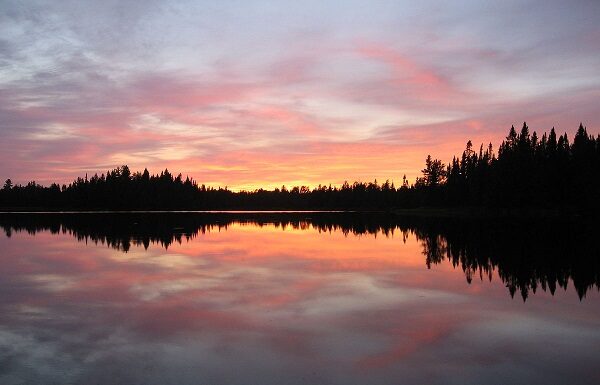 The Conservation Alliance announced it will be the host of an inspiring breakfast event at Outdoor Retailer (Aug. 10-12), featuring stories from the Boundary Waters Canoe Area Wilderness.

The in-person event will begin at 7 a.m. (MT) on Aug. 11, at the Colorado Convention Center for Outdoor Retailer trade show attendees, and a recording will be available via Zoom to everyone at 9 a.m. (MT) that same day.

Featured speakers at the breakfast event include Conservation Alliance Executive Director, Brady Robinson, and Government Affairs Director for the Campaign to Save the Boundary Waters Alex Falconer. Both will be tuning in from the Boundary Waters.

Also speaking will be ultra-runner and activist Clare Gallagher and the founder of Kids for the Boundary Waters, Joseph Goldstein. They will share their recent 100-mile adventure run across the wilderness, which will be featured in a short film coming this fall. Goldstein also will share his childhood connection to this wilderness and how – at 13 years old – he helped build a grassroots, national campaign to protect the Boundary Waters.