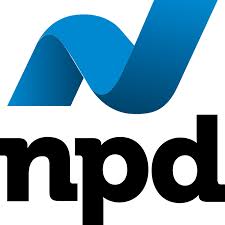 U.S. apparel dollar sales in the last week of April were 35% lower than the same week in 2019, but that is half what it was at the lowest point during the pandemic. Shifts in apparel purchase behavior have occurred across both categories and wearer segments since the start of the pandemic, pointing to important changes in consumer buying phases, reports The NPD Group.

“Apparel was a low priority early in the COVID-19 crisis when consumers were focused on things like groceries and other in-home necessities, but we’re seeing evidence that apparel is once again entering the spending consideration set,” said Maria Rugolo, apparel industry analyst at The NPD Group. “Warmer weather is spanning much of the country, allowing consumers to extend their mostly homebound routines to the outdoors, and expanding their apparel needs beyond comfort and above-the-keyboard dressing.”

Summer seasonal apparel categories, shorts and swimwear, recently captured nearly one-fifth of total apparel spending, which is more spending share for this category than the same time last year. In the first week of March 2020, sales of these categories were proportional to the same week in 2019. By week ending May 2, 2020, while summer seasonal apparel sales were still down compared to last year, declines softened significantly and their dollar share of the overall market was 5 points higher than the same week in 2019.

In addition to recent growth in summer seasonal categories, steadily rising sales of many basic apparel categories, such as underwear and sleepwear, are offsetting the steep dollar sales declines in tailored clothing since the pandemic surfaced in the U.S. As a result, basic apparel is also capturing a larger portion of the challenged apparel market, 25% of sales in the last week of April compared to 17% last year.

The demographics of apparel consumers have also demonstrated a shift in shopping motivation. As a whole, clothing for kids has consistently seen the softest double-digit dollar declines of all wearer segments, resulting in the youth segment capturing a higher share of total apparel dollar sales since the start of the pandemic. Following weeks of year-over-year declines, dollar sales of kids’ apparel in the last week of April reached year-ago levels. Women’s apparel also began to see a softening in spending declines during the second half of April.

“Needs and behaviors will continue to shift with each phase of the country’s reopening and crisis recovery, but it is encouraging to see the consumer demonstrating an interest in adding to their wardrobe,” added Rugolo. “Tapping into this interest with a focus on needs and an underlying yearning for normalcy will be central to capturing apparel sales along the uncertain road that lies ahead.”