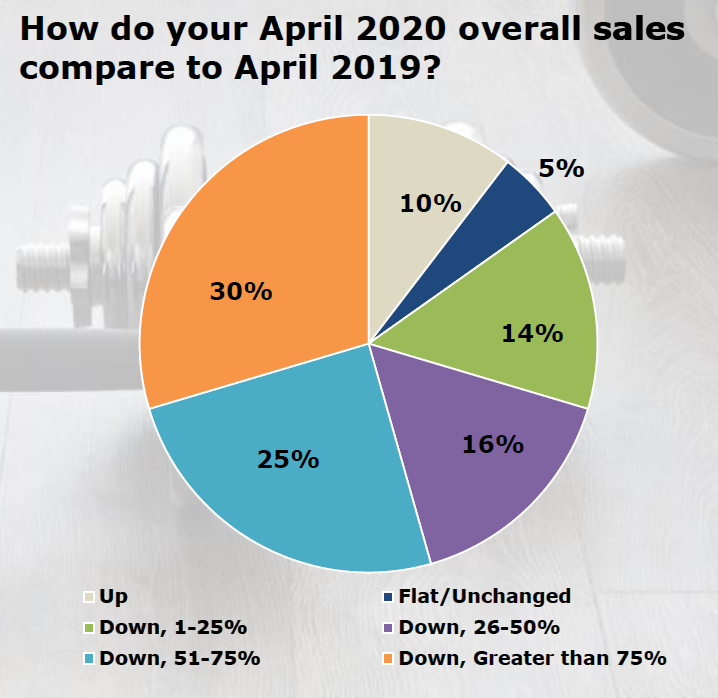 However, there were some pockets of strength including home fitness equipment and at-home sports equipment sales, which both grew in same period.

And while the general notion is that sales moved online, it appears Amazon and Walmart have gobbled up the winnings. Among the surveyed businesses surveyed by SFIA that operate e-commerce business, well more than half saw declines in year over year online sales, as well, with a plurality seeing drops of 25 percent of more. 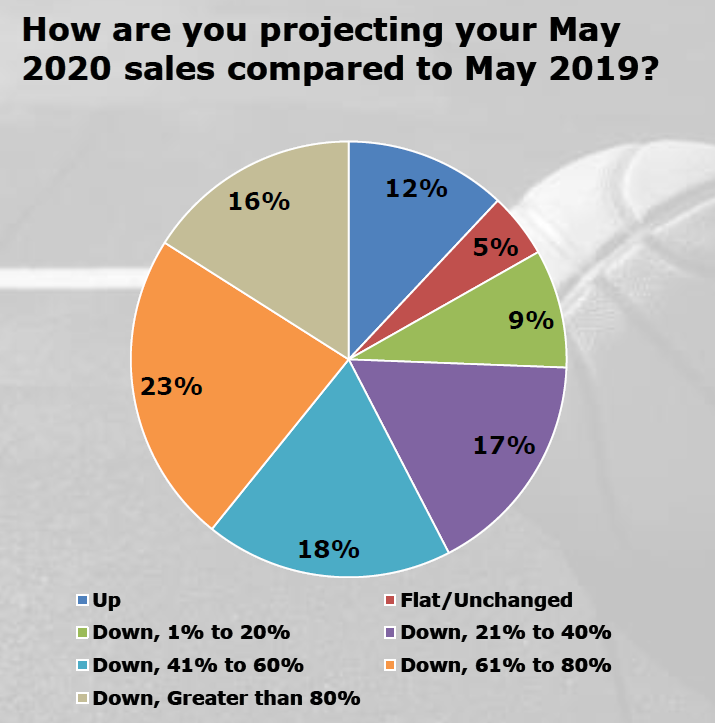 “It is not news that the pandemic struck our industry hard,” said Tom Cove, President & CEO of SFIA. “But the immediacy and magnitude of the decline of sales across so many categories was dramatic. That said, this survey does identify hopeful signs, especially in the confidence respondents showed in predicting increased sales in the second half of this year. We will conduct this new survey on a monthly basis to identify what is working and track how the industry is evolving.” 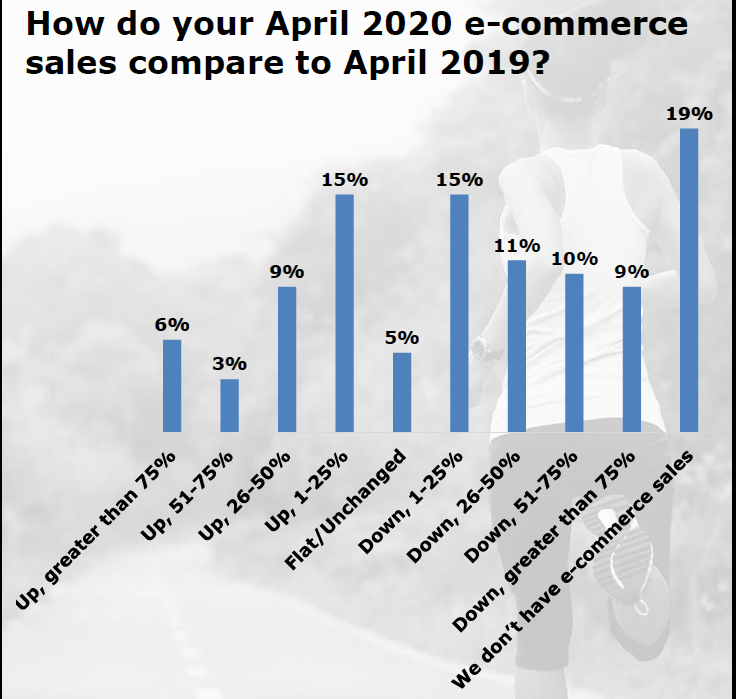 Eighty-one percent of respondents indicated that they experienced disruptions in their supply chain. With regard specifically to fulfillment and distribution centers, respondents characterized such disruptions as “moderate” rather than “severe.”

The survey also explored “return to play” projections. The industry believes fitness will be the first to come back, with a majority seeing fitness clubs and boutiques returning in the next one to three months. Team sports, according to the survey, are perceived most likely to return in the fall. In both fitness and team sports, a minority (8-20 percent) expects no return until 2021.

Room in Your Store for Backyard Toys?→