A new Morning Consult survey finds most Americans would prefer retail stores remain closed for the holiday: 52 percent oppose stores opening for shopping on Thanksgiving Day, while 31 percent support it.

Americans, it appears, believe Thanksgiving should be a day of rest for all. The most common reasons why folks believe the day should be shopping free center around spending time with family and employees not having to work on the holiday. 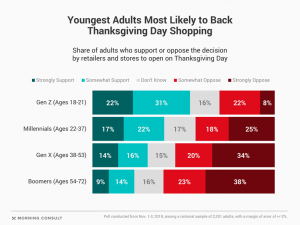 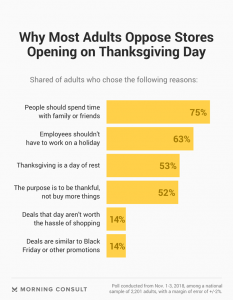