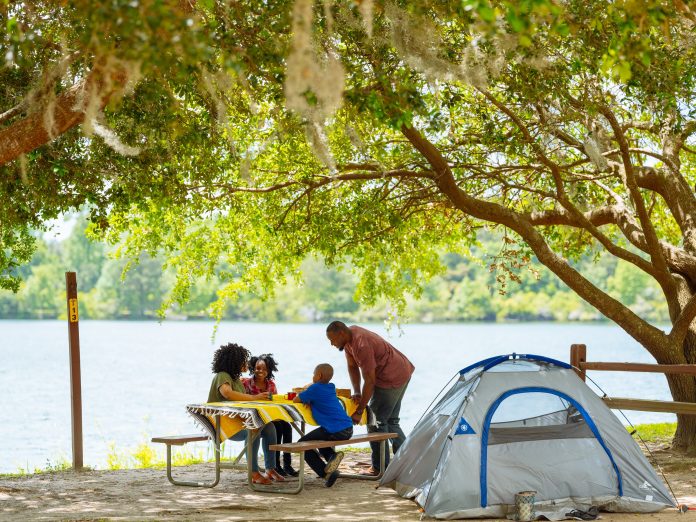 Leisure travelers predicted in May that their first trip once COVID-19 travel restrictions were lifted would be a camping trip, and the results of the fall special edition of Kampgrounds of America’s annual North American Camping Report suggest that those predictions exceeded travelers’ intended level of participation.

The report  shows that 21% of leisure travelers took a camping trip this summer once restrictions were lifted. One-fourth of North American campers indicate that their first camping experience occurred since the start of the pandemic, and 42% say that they will still take planned camping trips during the remainder of this year.

The fall COVID-19 follow up to the North American Camping Report surveyed general leisure travelers September 4-9, 2020, to understand if behavior and sentiment toward camping had changed from initial reporting conducted in May 2020. Not only has camping activity increased, but camping is still considered the safest type of travel, according to more than half of leisure travelers (56%), which is a 10-percentage point increase from May results. 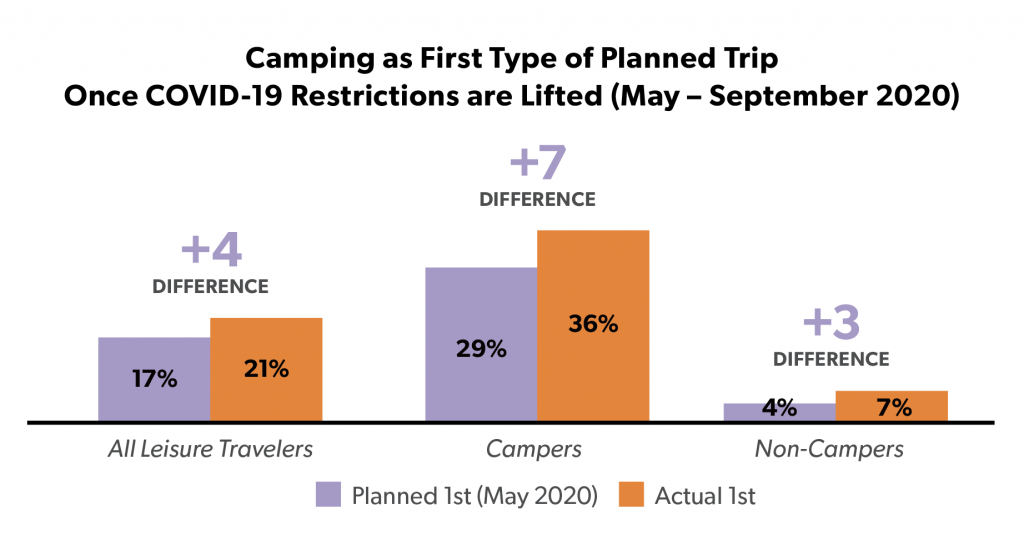 “While it’s great to see a strong rebound of camping and the effect that has on the broader outdoor hospitality industry, it’s this summer’s high level of interest among new campers and the re-engagement of past campers that really excites me,” said Toby O’Rourke, president and CEO of KOA. “Of the new campers that joined the fold in 2020, many have indicated they will continue camping in the future, which really drives home that camping and time spent in the outdoors can have such a positive impact on peoples lives, pandemic or not.”

When North Americans make the personal decision to resume their travels, 29% of leisure travelers –almost half (45%) of campers and even 15% of non-campers (leisure travelers who indicate they do not camp) – plan to replace a cancelled or postponed trip with camping. Prior to the pandemic, camping accounted for 11% of all leisure travel trips, while post-COVID-19, camping could account for 15% of planned trips through the remainder of 2020. 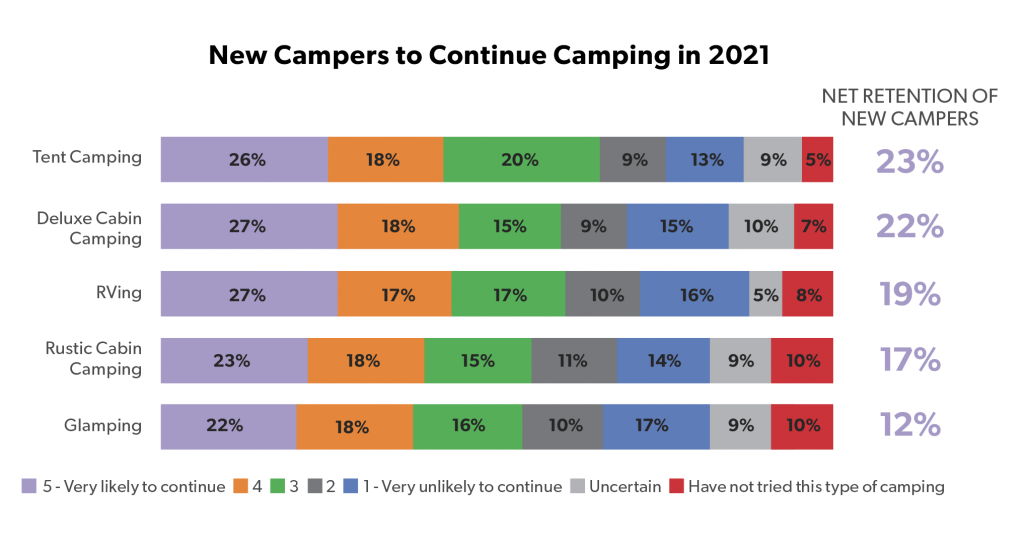 Additional key findings of the “Growth of Camping Amid COVID-19: A Fall 2020 Update” include:

The Popularity of RVing 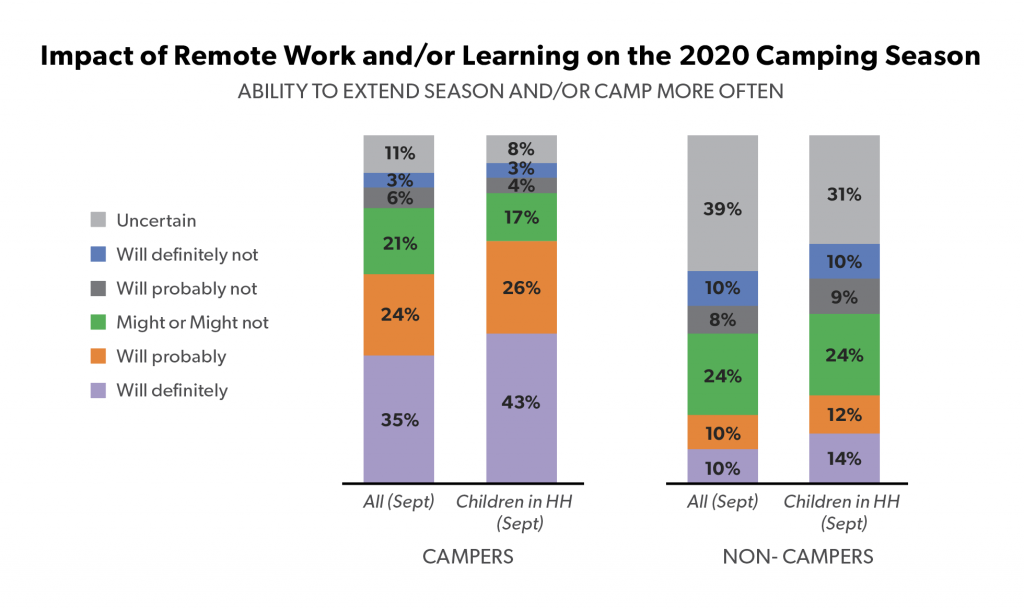 Remote Work and School Settings to Increase Camping Through 2020 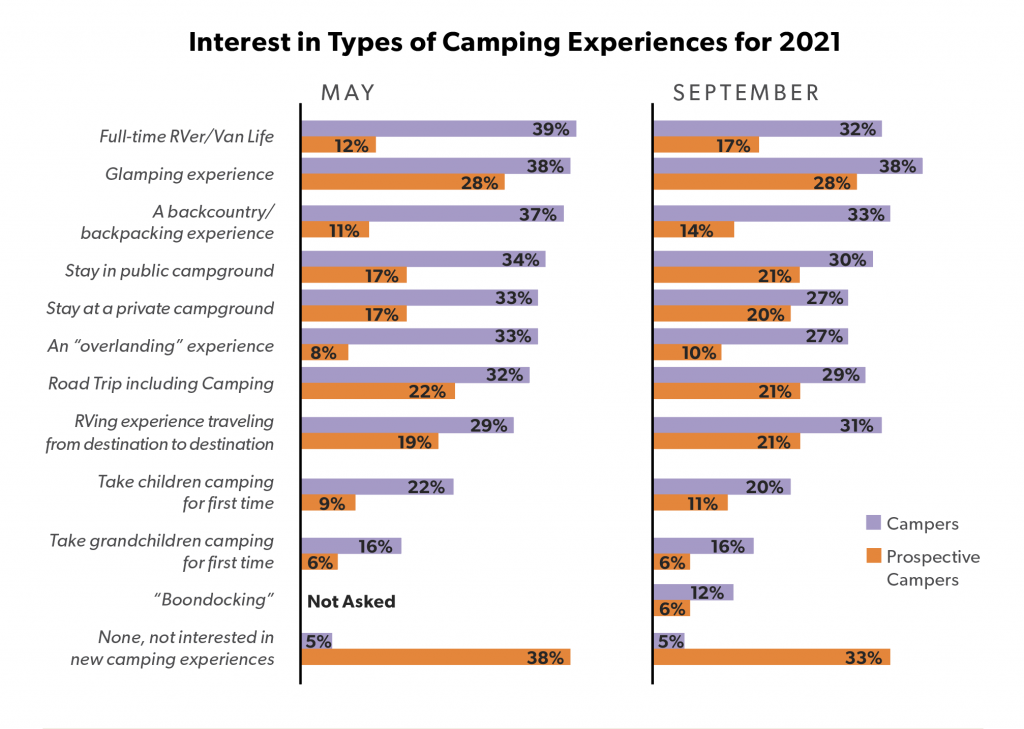