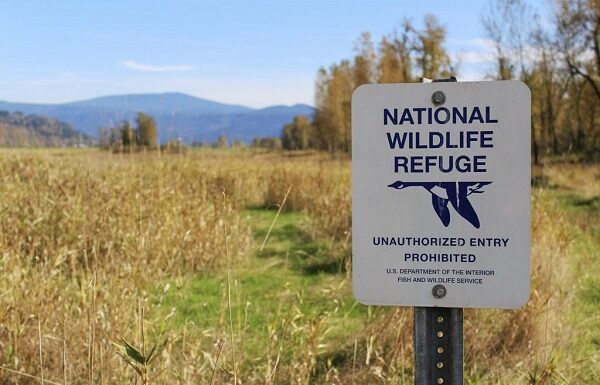 A new report from 32 hunting- and fishing-related conservation organizations and businesses celebrates the successes of the National Wildlife Refuge System in supporting species conservation and outdoor recreation, and outlines twelve key principles that should guide its management and future proposals for its expansion.

This comes as hunters and anglers are enjoying new opportunities on national wildlife refuges, and as the administration continues to define its conservation priorities.

“President Theodore Roosevelt, who more than anyone recognized the inextricable connection between conservation and hunting, established the first National Wildlife Refuge in 1903 at Pelican Island,” said Steve Williams, president of the Wildlife Management Institute. “Continuing in that proud tradition, I was privileged to serve as the director of the U.S. Fish and Wildlife Service during the 100th anniversary of the refuge system and throughout my tenure worked to encourage hunting and fishing programs on these lands, for which Roosevelt cared so deeply.

“In opening our refuges to more Americans and planning for expanded opportunities throughout the system, the Fish and Wildlife Service continues to carry out an important mission that is essential to the future of hunting and fishing—as well as that of conservation—in this country,” Williams added.

According to the report, “strategic and locally supported expansion of the National Wildlife Refuge System would help to provide all Americans with increased access to nature regardless of their income or background, to conserve biodiversity, and to sustain fish and wildlife habitat connectivity.”

In March, several federal agencies released “Conserving and Restoring America the Beautiful,” which outlines a ten-year roadmap for conserving at least 30 percent of lands and waters by 2030. Specifically mentioned is a recommendation to work “with states, local communities, and others to explore where there is support to enhance the National Wildlife Refuge System.”

At the report’s core are recommendations in the form of 12 tenets that, if followed, would help generate broad support from the hunting and fishing community for proposed new or expanded refuges. These principles address concerns ranging from public access and sporting opportunities to state fish and wildlife management authority, as well as funding and administrative priorities.

“Durable land conservation requires open dialogue, strong partnerships, and an interest in finding common ground,” said John Gale, conservation director for Backcountry Hunters & Anglers. “Hunters and anglers are proven collaborators, and there is a need for our community to remain at the table to help shape a future for the National Wildlife Refuge System that we and others can call a success.”

The report includes feature profiles of four refuges within the system that offer diverse opportunities for hunters and anglers and explains some of the history and characteristics that make these landscapes unique. The voices of local sportsmen and sportswomen help to explain the value of each refuge to nearby communities in places ranging from rural southeast Wyoming to the urban spaces of greater Detroit, Michigan, and Toledo, Ohio.

mountainFLOW Mandates Time Away from Work