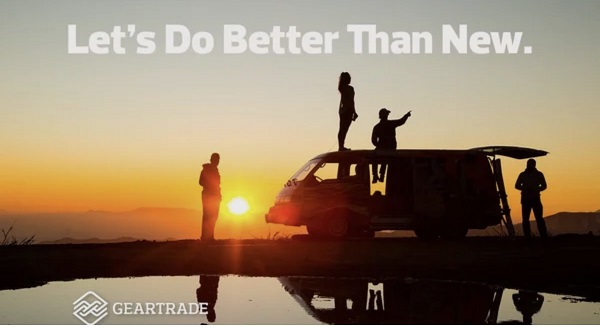 In November 2021, Geartrade, a family-owned marketplace of “UnNew” gear for outdoor adventurists, announced the completion of a year-long effort to become Climate Neutral Certified.

One month later, Geartrade concluded a robust 2021 holiday season for used gear buyers and sellers, fueled in large part by the rapid growth of its free-shipping consignment program, which launched five months earlier.

Looking ahead to 2022 – as demand for used gear continues to rise amid surging outdoor participation and ongoing supply chain issues for new items – Geartrade embraces the challenges of squaring its growth with the priorities of a business that seeks to slow down overconsumption and find an environmental balance.

“We went through the Climate Neutral Certification process more for the learning than for getting a certificate to hang on the wall. We’re fully aware that our goal of growing a responsible business is far from over, and we’re going to keep adding positive building blocks whenever we can,” said Aaron Provine, president of Geartrade.

Geartrade launched its consignment program last summer to make it easier for outdoor gear sellers to become a part of the UnNew economy. Through the program, Geartrade offers to send free boxes and pre-paid shipping labels to prospective sellers, who merely must fill their box and tape it up. Once received by Geartrade, the gear is evaluated, appraised, photographed, posted for sale and monitored through a seller dashboard.

Geartrade’s consignment program grew faster than anticipated, widening the number of sellers and items in the UnNew marketplace.

As the growth happened at the same time as the end phase of Geartrade’s Climate Neutral Certification process, it put a particularly sharp point on the work to be done.

“The benefits of recommerce are more about putting the brakes on consumerism than leading the charge on environmentalism. But still, it would be totally inconsistent for Geartrade to be evangelizing and celebrating the benefits of the UnNew marketplace without doing everything we can to minimize our impact,” Provine said.

Throughout Geartrade’s operations, the company’s initial steps toward re-use and sustainability include recycled and compostable mailer bags, no plastic purchases for company use, reuse of plastic that is shipped to facilities, separating and recycling materials whenever possible, no paper-towel use in company facilities, and a commitment to planting trees through the One Tree Planted non-profit.