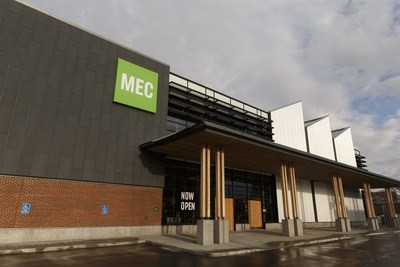 Justice Fitzpatrick also dismissed an application by the Save MEC group to delay the sale by two weeks, part of an effort to preserve the retailer’s status as a co-operative. A petition launched by the group against the sale had garnered nearly 145,000 signatures by Friday. The judge also dismissed an attempt by landlords of some of MEC’s stores to intervene in the

“We’ve known from the beginning that this was a bit of an uphill climb,” Kevin Harding, the national spokesman for the Save MEC campaign, said. “The laws that are around the (creditor protection) process don’t recognize co-ops or members as being important in the slightest, so the odds were stacked against us.”

Harding said the decision raises important questions about the laws governing co-operative organizations in Canada and the legal rights of members. proceedings.

On Sept. 14, MEC filed for creditor protection and announced its sale to a Canadian subsidiary of Los Angeles-based Kingswood.

The grassroots co-operative officially launched in 1971 with six members, and now has roughly 5.8 million co-op members — a status that will be lost once the sale goes through.

Kingswood said the company would not be issuing a statement on the ruling. In an emailed statement, the MEC board of directors welcomed the ruling.