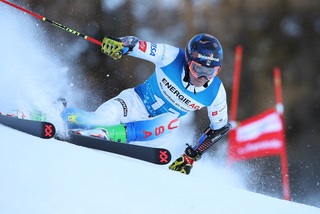 U.S. Ski Team athlete Camden Palmquist has signed to ski Völkl skis, Dalbello boots and Marker bindings starting this season. Palmquist, a member of the Men’s C team, grew up skiing at Buck Hill in Minnesota. Prior to being named to the U.S. Ski Team in 2021, he moved to Colorado to ski with Team Summit. He recently accomplished his 2021/22 season goal of making the U.S. Junior World Championship team, where he skied into the top 25 in the slalom event.

On the women’s side, Storm Klomhaus of Boulder, Colo., has been skiing with Völkl Dalbello Marker since the spring of 2021. Although she missed most of the 2021/22 season due to an ACL tear, the 2020 NCAA GS Champion is looking to return to her winning ways in the 2022/23 season.

Völkl has been dedicated to building skis for almost a century. This winter sports brand develops and manufactures in Germany. Völkl’s main factory in Straubing is one of the most advanced ski factories in the world and epitomizes the best of German technology and quality.

Ski boots made by the traditional Italian company Dalbello are renowned for quality, craftsmanship and high-end design. Back in the 1960s, the company’s founder Alessandro Dalbello gathered experience in the production of ski boots in Switzerland. The first pair of boots to carry the Dalbello brand was sold in 1974.

Marker has been synonymous with innovation and safety in skiing for more than six decades. Hannes Marker presented the world’s first safety-release ski binding in 1952. In the 1970s, the M series, with its automatic heel release, revolutionized the binding market. Marker has been setting standards in the freeride and freestyle segment since 2007 with its Duke PT and by expanding the Royal Family. The company is based in Penzberg, Bavaria. It launched its Protective Snow Equipment in the 12/13 season, which includes innovative helmets, goggles and protectors.