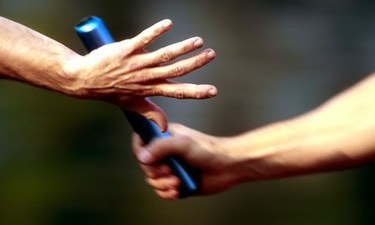 Sports Inc. CEO Todd Adams announced he is stepping down at the end of the year. Sports Inc. is a sporting goods buying organization with more than 600 members and 900 sales locations in all 50 states and Canada. Founded in 1965 in Lewistown, Mont., the organization is a means for independent sporting goods retailers to grow and prosper in a competitive marketplace.

Along with Adams’ announcement, Sports Inc. revealed the leadership transition plan approved by the Board of Directors.

The transition process started in July and will continue into 2023. Earlier this year, the Board of Directors approved a transition plan that includes a number of appointments.  Travis Elam will be elevated to CEO. Corry Arntzen will become Vice President, Operations. Andy Eames will be promoted to Vice President, Sales and Marketing.

“In 12 years as CEO, Todd has done a great job of mentoring the headquarters staff to be ready to step up whenever the next transition happened,” said Mark Daniels, Secretary/Treasurer of the Sports,Inc. Board of Directors. “While we wish we weren’t losing him, we appreciate the work he has done to prepare the staff for the next phase of our business.”

Adams became CEO in 2011 after 11 years as the director of Sports Inc.’s Team Sports Division. Adams will remain with Sports Inc. in an advisory role through the first half of 2023 as part of the Board-approved transition plan.

“I love Sports Inc. and everything it has meant to me for over two decades,” Adams said.  “With three new grandkids living 400 miles away, the time is right for my wife and me to move closer to family. We have enjoyed being grandparents from afar for the last two years, and now we’re lucky enough to be able to be involved with the grandkids every day.

“I appreciate the support Sports Inc. members have given me over the last 22 years. I grew up on the team side of our business and will always have close friends there. Our outdoor membership supported me more than I could have ever hoped, and they were a big reason I was successful as CEO.”