Retail Sales Heat Up in July 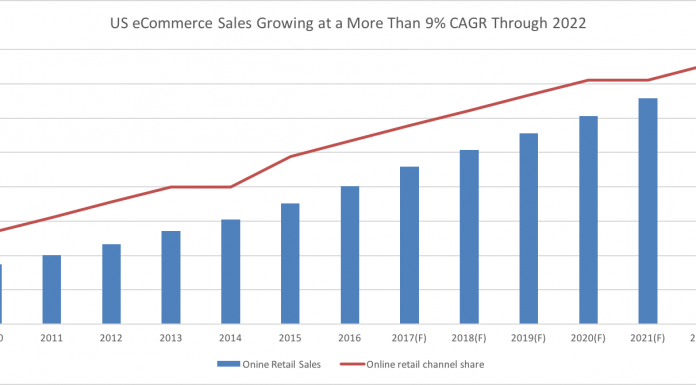 Despite record store closings and death knells, retail just had is best sales month of the year in terms of year-over-year gains. U.S. total retail sales increased 4.2 percent in July over the same period last year and were up 0.6 percent from June, according to Census Bureau figures.

Sales excluding gasoline and automobiles rose 4 percent to $871.3 million in the second quarter. Sales for the May 2017 through July 2017 period were up 3.9 percent from the same period a year ago.

Among other good news for retail:

 Consumer confidence is strong. According to the Prosper Insights Consumer Snapshot 2017, 54% of the US population is confident or very confident in a strong economy, vs. 46% a year ago. And US national unemployment dropped to 4.3% in May, a 10 year low.

 Retail imports are up. According to NRF Global Ports Tracking Study, US imports are up 6.4% from a year ago. Growth is being driven by optimistic forecasts for very large back to school and holiday retail shopping seasons this year.

Indeed, the near-term outlook for the economy is brightening, according to Reuters, which cited a separate report from the New York Fed. The Empire State general business conditions index saw a 15.4 point uptick, hovering 25.2 for August — the highest level in almost three years.

Of course, not all corners of retail are smooth. Sales at electronics and appliance stores fell 0.5 percent last month. Clothing stores continue to struggle as well as malls experience less foot traffic. The sub-sector saw a 0.2 percent drop, despite rising 0.7 percent in June.