The National Retail Federation and Paris-based event organizer Comexposium announced that Retail’s Big Show will expand to Asia Pacific beginning in 2024 with a new annual conference and exhibition that is expected to draw thousands of retailers and business partners from across the region.

This Asia Pacific version of Retail’s Big Show will integrate regional leaders across the retail industry to collaborate at a Pan Asia Pacific level. The mega event unites Asia Pacific’s retail ecosystem under one roof, providing industry-leading content and a platform to attract quality audiences from across the region.

“NRF is proud to expand the footprint of Retail’s Big Show by bringing all the power and reach of our New York show to Asia Pacific, one of the world’s fastest-growing markets with limitless opportunities in retail,” NRF President and CEO Matthew Shay said. “With offices in more than 20 countries around the world and ownership by the Paris Region Chamber of Commerce and Industry, Comexposium has extensive experience partnering with industry trade groups and an in-depth understanding of their role and convening power. Together with Comexposium’s expertise in global trade shows spanning Europe, the Middle East, Asia and Asia Pacific and the U.S., NRF is prepared to make the Big Show even bigger.”

Southeast Asia is home to more than 655 million people with a consumer market of $3 trillion and average gross domestic product growth of around 5 percent among Association of Southeast Asian Nations member countries.

By 2050, the region is expected to be the fourth-largest market in the world, with rapidly growing disposable income and high digital adoption. Retail sales across Southeast Asia, Australia and New Zealand are projected at $1.54 trillion in 2022 and expected to reach $1.77 trillion by 2025.

Singapore’s central location and its long-established status as a business center for the region provide an optimal stage for NRF to launch its inaugural Asia Pacific edition of Retail’s Big Show. 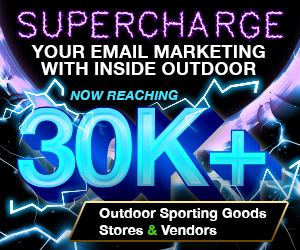