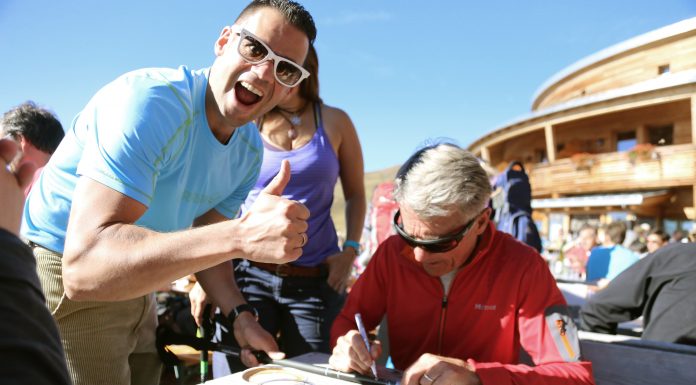 Less than 2 weeks to the start of the ninth edition of the unmissable appointment for mountain and mountaineering lovers. From Monday October 9 to Sunday October 15, Bressanone/Brixen will once again be the world capital of mountaineering and mountain. There at the International Mountain Summit (IMS), the world’s best mountaineers alongside experts from various fields, researchers, philosophers and lovers of the outdoor world of all kinds will meet up.

Under the motto “Meet.Mountain.People.Soul”, participants at the International Mountain Summit will meet the Mountain, get to know its people and characters, participate in discussions on the “inner” mountain and understand how to scale it as well as addressing the soul of the mountain with themes such as definition of goals, spirituality, motivation, and happiness. All presented, thanks to the simultaneous translations in the three official languages of the festival: Italian, German and English.

The world premiere of the movie “Der heillige Berg – Ama Dablam” (The Holy Mountain) – the second work by Reinhold Messner for the Austrian TV broadcast Bergwelten of ServusTV will inaugurate on Monday, 9 October, the evening of the festival. The South Tyrolean director filmed in Nepal bringing an adventure that had been held many years ago at Amma Dablam, the sacred sherpa mountain. Hans-Peter Stauber, producer and journalist of ServusTV will moderate the evening with the exceptional guests Oswald Oelz and Wolfgang Nairz, protagonists of that unbelievable 1979 episode.

Tuesday, 10 will be showcasing the solidarity with the IMS Charity Night, whose proceeds will be entirely donated to the “Schneetiger” project of Laureus Sport for Good Foundation. The main goal of the organisation is to allow access to winter sports for children and young people with disabilities. Not only winter sports have positive effects on motor and mental abilities, but also represent a potential for social interaction. On stage there will be the Paralympic and World Champion Michael Teuber, who in recent days defended his title in South Africa confirming his World Champion Paracycling title, and the Italian Minister of Sports Mr Luca Lotti.

Photographer Paola Marcello and model and base jumper Roberta Mancino are the stars of the evening of Wednesday, 11 October. They will share the International Mountain Summit (IMS) stage to tell their individual stories, very different from each other but sharing the same love for mountains and a passion for their work that takes them around the world. Paola and Roberta deal differently with the “inner” mountain that they both face but share the same courage, motivation and determination. 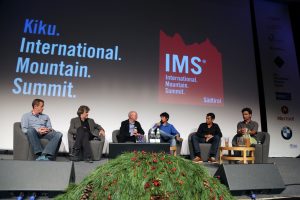 The evening program includes on the stage of the Brixen Forum the participation of the German bestseller author Florian Langenscheidt, who will share his research on the theme of happiness, the legend of mountaineering Peter Habeler to celebrate and tell his 75 years between the peaks of the world, the actor Samuel Koch to tell his incredible life on the wheelchair and geographer and photographer Michael Martin to showcase his explorations of landscapes and environments of the deserts and polar regions of our Earth. Experts from all over the world, and several generations will alternate within the various camps at IMS.

The International Mountain Summit will conclude its evening program on Saturday, 14 October, when the first part of the evening will be dedicated to the award ceremony of the IMS Photo Contest to find out among the thousands of photos posted at www.imsphotocontest.com which shots will be awarded prizes in the various categories and what will be the Mountain Photo of the Year. In the second part of the IMS Photo Night the anticipated speech of the American climber Alex Honnold, widely considered the greatest free solo climber in the world.

To warm up the atmosphere and make the event even more welcoming and informal, there will be music and good food of the territory, with the conviviality and the fun to guarantee a 360 degree mountain party.