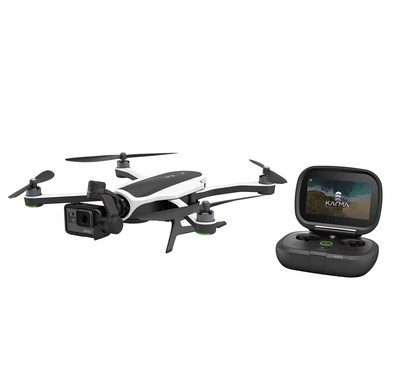 The current drone market is nothing like the nascent action camera market that existed when GoPro launched some 15 years ago, but GoPro is once again ready to makes its play. The company announced that its drone and stabilization solution, Karma, is now on sale at GoPro.com and select U.S. retailers.

The original launch was expected last year. GoPro voluntarily withdrew Karma in November 2016 after a small number of cases where batteries disconnected during flight, resulting in a loss of power.

Initial shipments of the fixed version will be limited but production is expected to ramp quickly, says GoPro. Karma is expected to be available in international markets in the Spring.

“Karma is the ultimate aerial, handheld and wearable stabilization solution for the GoPro community,” says GoPro Founder and CEO, Nick Woodman. “As the consumer drone market continues to grow, Karma delivers the most versatile solution at a very accessible price.”

 Karma is available in the following bundles:

Flight Kit for Karma Grip owners available in April for $599.99 MSRP. (This is a flight solution for consumers who purchased Karma Grip as a stand-alone accessory).