Earth Treks Climbing and Fitness and Planet Granite Climbing, Yoga and Fitness announced a merger that will create one of the largest climbing gym networks in the United States. This partnership brings together two experienced management teams in the climbing industry, with nine climbing and fitness centers in operation and two more under construction. The combined company has more than 700 employees and serves more than 2,000,000 customers each year.

The complementary business models allow for operational scale in key regions – the San Francisco Bay Area; Denver; Colo.; Baltimore; Md.; Washington D.C.; and Portland, Ore., said the companies. The company will also be expanding into major markets throughout the United States. All gyms will keep their current names and continue to serve their communities at a local level.

“Independently we built companies that we are extremely proud of. As the climbing gym industry has evolved, we’ve pushed ourselves to improve in every operational and design aspect. With this shared belief in pushing our limits, we are now leveraging our powerful company cultures to have a national impact. Our goal is to bring even more opportunities to those we employ, serve and climb with,” states Micky Lloyd, who founded Planet Granite in 1994.

Back in the 1990s, when Planet Granite and Earth Treks first opened climbing gyms, there were less than 20 commercial climbing gyms in the United States. Today there are more than 425. According to the Outdoor Industries Association, climbing is a top five aspirational activity for millennials. The rapid expansion of the industry has propelled Planet Granite’s and Earth Treks’ growth. This past spring, Earth Treks partnered with Tengram Capital Partners, a private equity firm that specializes in consumer brands. The goal behind these partnerships is to create a brand with a truly national footprint.

“Our combined teams have the hard-earned wisdom, clarity of vision and drive needed to bring the transformative power of climbing to millions of people. And we are committed to doing so in a way that honors all that is great about our sport: the infectiousness of a climber’s passion, the trust and caring essential to a climbing partnership and the very way climbing helps us see the world,” states Chris Warner, who founded Earth Treks in 1990. Warner is one of the nation’s top mountaineers, having summited Everest, K2 and more than 100 peaks worldwide.

Matthew Eby, cofounder and Managing Partner of Tengram Capital Partners, commented, “We are very excited to partner with Chris and Micky and the amazing teams at Earth Treks and Planet Granite. They have built a truly amazing and authentic customer service culture for their members. We are excited to build upon this great foundation.”

On November 7, 2017, Earth Treks’ oldest gym, in Columbia, Md., was replaced with a state of the art climbing, fitness and yoga facility. The new gym is four times the size of the original gym. The company has two other gyms under construction: a bouldering gym that will be co-located with a brewery in Baltimore and the nation’s largest climbing gym, built in the old headquarters of The Sports Authority in Denver. Additional projects, many in new markets, will be announced in the coming weeks 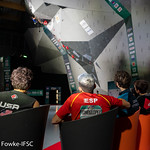