Carhartt officially opened the doors to its flagship retail store in Midtown Detroit. The building, located at 5800 Cass Avenue, is the former home of Cass Motor Sales and is listed on the National Register of Historic Places.

The Carhartt store will occupy the first floor of the three-story, 51,000-square foot building and will carry more than 540 of the most popular styles of men’s, women’s and kids’ apparel, footwear and accessories. The store officially opened to the public yesterday morning when Carhartt executives used sledgehammers to smash through a panel of drywall in lieu of a traditional ribbon cutting.

“Today is a remarkable day in Carhartt’s history as we celebrate the opening of our flagship store in Detroit where we were established 126 years ago,” said Mark Valade, CEO and chairman of the board. “We are proud to be a part of such a hard-working, industrious community.”

Visible from the I-94 expressway, the Carhartt Midtown Detroit flagship store is the original home of the Marmon Motors auto dealership and, for 40-plus years, the home of Cass Motors. The historical building was constructed in 1928 by famed local architect Charles Agree, following an art deco design and construction, to serve as an automobile showroom. While the first floor holds the store’s retail space, plans for the second and third floors have yet been decided. The building also features 75-plus secure parking spaces in the attached garage. 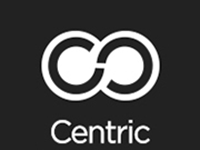