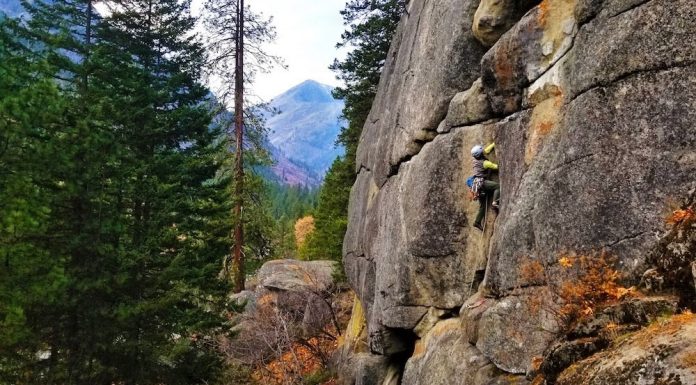 Access Fund announced that it has acquired Alphabet Rock and Icehouse Boulders in Icicle Canyon outside Leavenworth, Wash. This conservation project is the result of a collaboration among Access Fund, the private landowner, local partner organizations, and the U.S. Forest Service (USFS). The property will soon be transferred to Okanogan-Wenatchee National Forest, marking another success story for the Land and Water Conservation Fund (LWCF).

The 11-acre private property includes Alphabet Rock and the Icehouse Boulders, as well as the initial access path to Givler’s Dome and outlier crags on adjacent USFS lands. Together, these granite cliffs and outcrops feature more than 40 historic cracks, slabs, faces, and hueco-filled roofs, ranging in difficulty from 5.7 to 5.13, as well as dozens of challenging boulder problems. The prominent 250-foot Givler’s Crack, Dogleg Crack, and Meat Grinder are just a few classics that have attracted climbers since the 1970s.

Residential development has been increasingly butting up against recreational use in Icicle Canyon for years, threatening future public access. Fortunately for climbers, Alphabet Rock landowner Scot Brower kept much of his property open to public access for the past three decades, but he decided to sell a portion in 2016.

“Climbers have been respectful all these years,” Brower said. “My first preference was to keep it open and protected for recreation and conservation.”

Brower reached out to Access Fund, on the recommendation of Chelan-Douglas Land Trust (CDLT), about subdividing and purchasing the portion of his property that contains Alphabet Rock and Icehouse Boulders.  By stepping in to secure the property with a two-year option agreement in 2018, Access Fund prevented the parcel from being sold on the open market, which would have jeopardized climbing access.

“We are incredibly grateful to the landowner for his willingness to give the climbing community and USFS the time and the opportunity to pull everything together,” says Access Fund northwest regional director Joe Sambataro. “Without his commitment to conserve the area, recreational access could have been lost forever if a new landowner built a house at the base of Alphabet Rock.”

With the property secured by the option agreement, Access Fund and its partners were able to secure severed mineral rights, complete USFS appraisal work, and finalize the transfer process. Special thanks to CDLT for completing a donation of the mineral rights on Alphabet Rock and nearby climbing resources.

Access Fund now owns the parcel as a short-term holding, using funds from its Climbing Conservation Loan Program (CCLP). The same loan fund and conservation strategy enabled Washington Climbers Coalition (WCC) to acquire the Lower Index Town Wall in 2009. Since then, Access Fund has loaned approximately $3.2 million to 27 climbing areas across the country.

Access Fund will transfer the property to Okanogan-Wenatchee National Forest later this year to permanently protect the area as public land. The USFS has secured federal LWCF dollars to complete the property transfer.

“The Okanogan-Wenatchee National Forest is excited about this great acquisition,” says USFS Northern Washington Lands Zone Lead Scott Lynn. “This conservation project is the culmination of partnerships between local and national nonprofit organizations working in collaboration with landowners and the Forest Service to secure long-term recreational access for the American public into the future.”

“Historic crags like Alphabet Rock and Givler’s Dome have been a cherished resource to climbers for half a century,” says LMA Board President Alison Miller. “Protection of this parcel is an essential part of LMA’s work to conserve and steward climbing areas and natural resources throughout Icicle Canyon.” 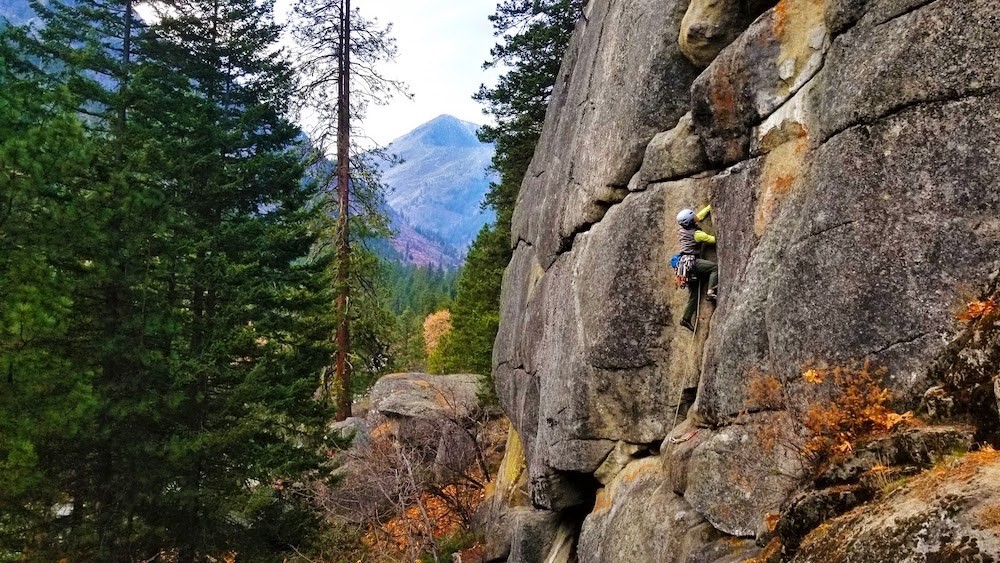