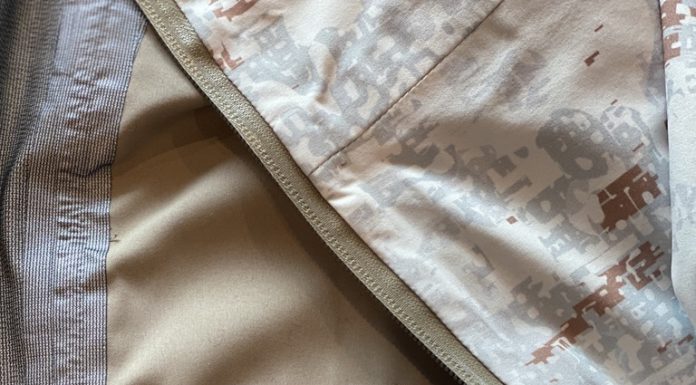 FORLOH, a manufacture of high-end technical hunting apparel that is 100 percent made in the USA, is the first to offer hunting outerwear equipped with RECCO, a technology that makes the user easier to locate in the event of an emergency. Starting this month, RECCO reflectors will come integrated into all FORLOH’s AllClima Rain and SoftShell Jackets.

FORLOH’s integration of this search technology comes as RECCO is working with search-and-rescue teams in the U.S. and around the world to expand use of the RECCO SAR helicopter detector that allows helicopters to rapidly search for people on the ground across vast areas.

“The very nature of hunting means the hunter is attempting to go undetected to their prey, which means hunters are extremely difficult to find in the event of an emergency or accident,” said Andy Techmanski, founder and CEO of FORLOH. “Given RECCO’s push to expand this technology with the helicopter operations of search-and-rescue teams, we were amazed to learn that it hasn’t yet been integrated into hunting apparel, and we jumped at that chance.”

Through the RECCO patented technology,  rescuers use RECCO detectors to locate a RECCO reflector which is carried by the user, integrated into clothing or other gear. The RECCO reflector is a passive transponder embedded into a garment. Rescue professionals have been utilizing RECCO handheld detectors for avalanche rescue since the early 1980s and the system has grown to a global standard rescue tool used in 900+ locations in 28 countries.

The newly introduced RECCO SAR helicopter detector is a larger detector unit. It is mounted under a helicopter and enables rescue teams to vastly reduce the amount of time it takes to search large areas.

“Unlike snowsports which is often enjoyed within a resort, wearing bright clothes on clean snow, backcountry hunters are more often at the bottom of valleys or on steep, treed sidehills, wearing camouflage and far away from other people or help,” Techmanski said. “It’s a no brainer to put this technology into apparel for hunters and, since our gear is built to be versatile for many kinds of outdoor pursuits beyond hunting, other backcountry enthusiasts.”

In the last two years, as its new helicopter-based detector unit has come into use, RECCO has worked to get that technology into use with five search-and-rescue teams in North America, including Two Bear Air, a philanthropy-funded organization that provides aviation support for search and rescue teams in Montana, Idaho and eastern Washington. In Europe, a dozen search and rescue teams are using it, and RECCO is working to facilitate its adoption by more SAR teams in North America and globally. Along with western Montana, SAR teams in Salt Lake City and Seattle, as well as Vancouver and Canmore in western Canada, are equipped with helicopter-based detector units. More than 90 SAR teams in North America and hundreds worldwide already are equipped with the hand-held RECCO units.

Due to the proximity of its manufacturing within the U.S. and the ability to quickly adapt its production, FORLOH said it was able to quickly integrate RECCO reflectors into its AllClima Rain and SoftShell Jackets within a period less than two months. Starting November, all AllClima product will come with RECCO technology integrated.