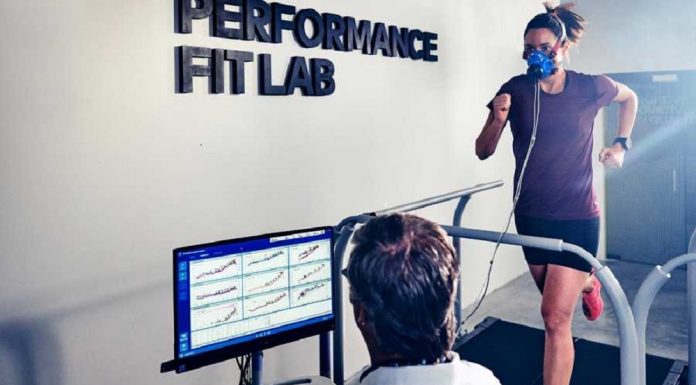 The study shows athletes wearing shoes equipped with the BOA Fit System saw a three percent to nine percent improvement in agility and speed when compared to standard shoelaces.

The BOA Fit System is designed to give the wearer the freedom to “dial-in” the fit. Every construction and configuration is purpose-built for performance by using three integral parts:
• A micro-adjustable dial
• Super-strong lightweight laces
• Low-friction lace guides

BOA has worked in partnership with the University of Denver since 2018 to measure the biomechanical impact of its fit solutions and the study is the first of a multi-year effort as the company continues to prove the performance benefits.

“Most footwear research in the past decade has focused on midsole and outsole properties, and very little research has aimed to understand how the fit of the shoe upper affects performance – until now,” said Daniel Feeney, BOA’s manager of biomechanics research and Performance Fit Lab.

The study also revealed the BOA Fit System led to improved connectivity to the midsole, allowing for a reduction in the energy required to perform a movement – a positive result across a broad range of sports.

“Generally, we find changing equipment has almost no effect on an athlete’s performance, but when studying footwear with varying BOA Fit System configurations and traditional laces, the improvements were apparent and the evidence was clear,” said Bradley Davidson, Ph.D., Associate Professor of Mechanical Engineering at the University of Denver. “The agility, speed, and efficiency gains for the high-level athletes that participated in the study were compelling. I’ve seen this amount of performance improvement in studies that implemented a targeted multi-week training program, but we saw this simply by changing shoes.”

The highest performing configuration within the study was the BOA Fit System tri-panel configuration, resulting in improved strength, speed and power transfer across five key movements. The study was conducted in DU’s Human Dynamics Laboratory, included 31 Division 1 and club sport athletes, and repeated movements multiple times with four different upper configurations, three of which were designed by the BOA team, in the Adidas Adizero Ubersonic 3.0 shoe.
Saucony Switchback 2 and La Sportiva VK trail running shoes integrate the high performing BOA tri-panel configuration, as will the new La Sportiva Cyklon set to release this spring. Future developments with top running brands are also set to leverage the findings in future products.

BOA has additional agility and speed study under peer-review expected to publish later this year. Validation studies are also underway to evaluate performance benefits in the categories of health and endurance that center on improved athlete efficiency in race, road and trail running, and of power and precision as it applies to golf. Those studies are expected to be published throughout 2021 and 2022.