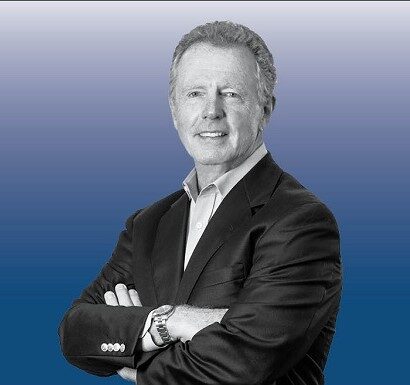 Two Ten Footwear Foundation announces OrthoLite® founder and CEO Glenn Barrett will be the 2021 recipient of its A.A. Bloom Memorial Award for his commitment and longstanding dedication to the footwear industry.

The award was announced during the national organization’s Annual Gala Kickoff Cocktail Party at the Bryant Park Grill Rooftop in New York City, and he will be presented the award at the Two Ten 81st Annual Gala scheduled for December 1, at New York’s Pier 60.

The A.A. Bloom Award recognizes an individual who has given greatly to the Two Ten Footwear Foundation through his or her initiative, hard work, dedication, and unselfish actions. In the magnanimous spirit of A.A. Bloom, one of the Two Ten founders, the recipient of this humanitarian award furthers the mission of Two Ten in a very visible fashion, often working tirelessly behind the scenes.

Barrett joined Two Ten’s board of directors in 2017. He has risen to the occasion many times with solutions and support. Most recently, he and his wife, Midge, committed $500,000 to Two Ten’s COVID-19 Crisis Relief Fund. When the footwear industry was hit hard by the coronavirus pandemic with 60 percent of the industry laid off or furloughed, this substantial donation provided quantifiable relief for those experiencing insurmountable financial hardship.

Since 1939, the Two Ten Footwear Foundation has been supporting and uniting America’s footwear industry. Two Ten serves a national workforce of approximately 200,000 employees and their families with programs and services designed to improve their lives while ensuring a healthy future for the next generation of the footwear industry. The A.A. Bloom dates to 1969 when the first award was handed out at the 30th anniversary gala in Boston.