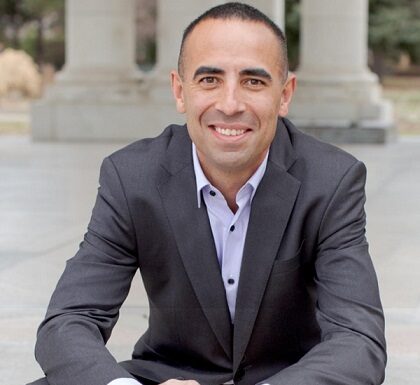 Mountainsmith, a Colorado-based company that has spent more than 40 years as a gear manufacturer specializing in durable goods for hiking and camping, announced it has named Rio Telge its senior designer, placing a proven industry veteran in charge of the company’s design plans.

Telge has worked as an industrial designer in the outdoor and travel space for nearly two decades and has run his own successful design firm, Riot Design, since 2006. During that time, he proved to be a valuable and versatile designer working with some of the top brands in the outdoor space, including Camelbak, Eagle Creek and Burton.

He’s also worked extensively with brands specializing in fishing and hunting, including projects for BassPro Shops and a recent role as the senior designer at Fishpond, a leader in fly fishing packs and gear.

Telge also boasts previous experience with Mountainsmith, when he oversaw a series of product initiatives and design processes for the company from 2004-05.

“It’s a completely different Mountainsmith from the first time I worked with the company, but so many of the fundamentals are the same,” Telge said. “We’re having great conversations about what’s possible and what we want to design for the future. One of the questions they asked me was, ‘What do you want to make?’ That’s always a good sign for any designer.”

Telge will be responsible for iterating on the designs for Mountainsmith’s existing line of packs and potentially expanding the company’s roster of products for new customers as well as expand its presence in the camping space as it looks to grow its global footprint.