Majority of Shoppers Expect to Return to Stores Post-Lockdowns 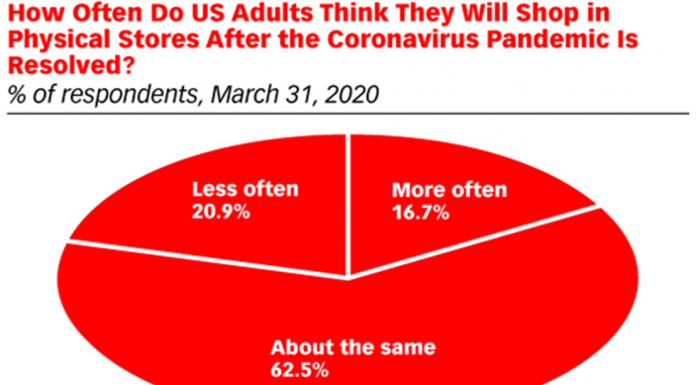 Physical retailers are in dire need of some good news, and there might be some by way of a recent survey of shoppers by Business Insider Intelligence. According to the survey of adults age 18+ that tool place during the first week of April, nearly two-thirds (62.5%) of respondents said they would shop at stores at about the same frequency they did before the pandemic. About 17 percent said they would shop in stores more often, presumably to show support their support for local retail or due to pent-up demand.

That leaves about one in five shoppers who say they will shop less often in physical stores, suggesting those are either lost customers or retailers will need to put clear safety precautions (distancing, disinfecting, etc.) in place to make those shoppers feel comfortable enough to shop physically. 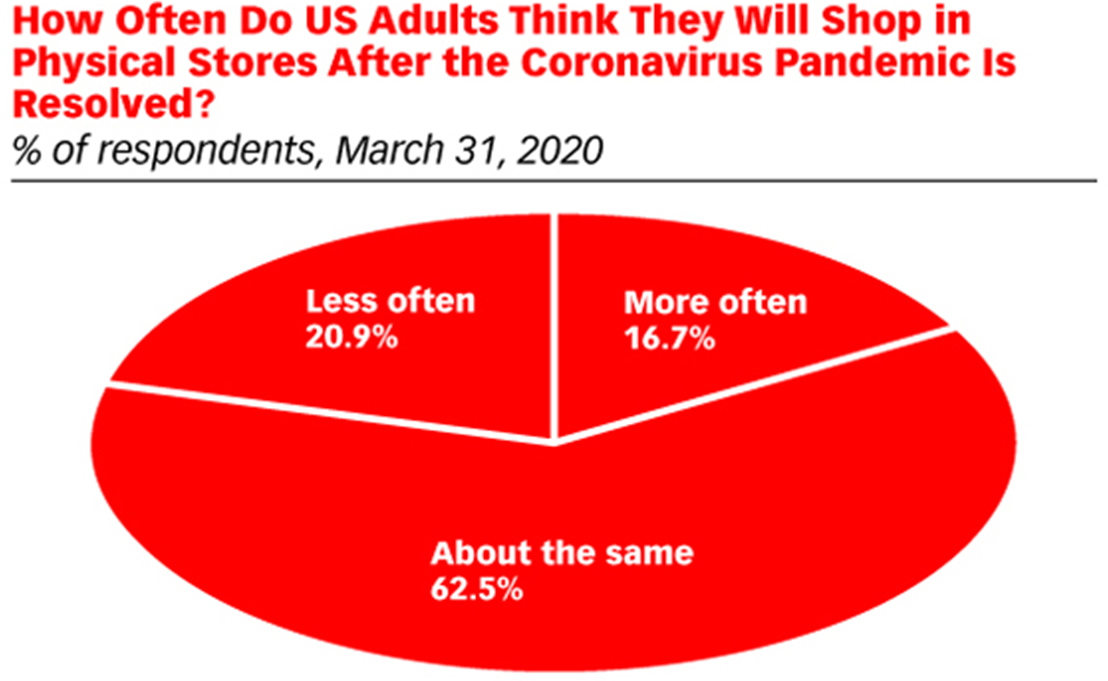 So, when does this all happen? It is still impossible to know, as the reopening of brick-and-mortars will continue on a state-by-state basis. On one hand, retail stores in Alaska, Colorado, Georgia, Mississippi, Montana and South Carolina reopened (with restrictions) earlier this week, but most states are still waiting for shelter-in-place measures to be lifted, which will likely take some time.

According to retailers recently surveyed by Navar and Forrester Research, a plurality of respondents expects “normal” activity to return sometime in the next one to three months. Just more than a third expect mornalcy not to return until sometime between three and six months.