Apparel Market is Mending; 61% of US Consumers Say they Need New Wardrobe 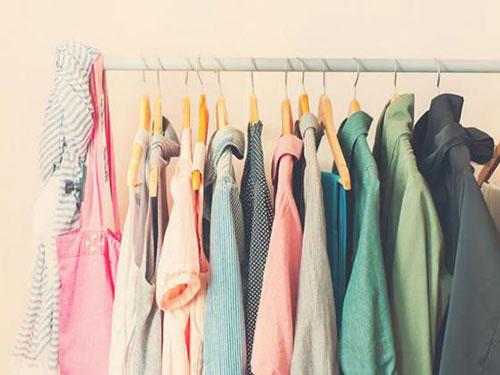 Advancing along the road of recovery, the U.S. apparel industry is on track to exceed pre-pandemic levels this year, bringing in $13.3 million more revenue in the first eight months of 2021 compared to the same period two years ago, according to The NPD Group Consumer Tracking Service.

Apparel revenue increased by 10 percent, thus far in 2021, compared to pre-pandemic 2019 – largely because most U.S. consumers are seeking a new wardrobe, according to findings from a recent NPD omnibus survey.

The main reasons why 61 percent of consumers say they need a wardrobe revamp is because their current clothes are old and worn, they changed size, and they are going out more – in that order. Corresponding with these needs, the top-growing categories in apparel are a mixed bag of sleepwear, intimates, socks, underwear and other basic necessities.

Sleepwear sales intensified throughout the pandemic, as consumers opted for comfy clothing for lounging and working from home, making it the fastest-growing apparel category so far this year. According to a recent NPD/CivicScience survey, the definition of “sleepwear” continues to evolve. In fact, 70 percent of women reported wearing pajamas and slippers for activities besides sleep.

As vaccination rates rose between January and August 2021, and as more people ventured out of their homes, intimates grew its revenue by 25 percent, compared to the same period in 2019. This increase was powered by consumers moving up and down in clothing sizes, as well as a focus on comfort and versatility.

As consumers began to update their wardrobes for reentry, smoothing and wire-free bra sales increased by 46 percent and 41 percent respectively, while underwire bra sales rose 9 percent. In shapewear, the best-selling products have shifted, as consumers swap waist cinchers and body suits for more comfortable and versatile options, like tank tops and thongs.

In the men’s corner, replenishment is the big story behind rising sales of underwear and undershirts. Sales of underwear bottoms and tops were up a combined 21 percent this year. Men purchasing undershirts to wear as a standalone is growing at a faster rate — up 47 percent — compared to those being worn in the more traditional sense, under a shirt or top, which is up 13 percent.

No list of basics is complete without socks – and men and women refreshed their sock drawers this year. Sales of men’s and women’s socks together increased 27 percent, between January and August versus 2019. Sales of all lengths of socks increased, with crew socks fueling the growth in the men’s market and low-cut socks leading in the women’s market.

“Consumers are going back to basics, as they return to life in ways we once knew,” said Kristen Classi-Zummo, director of apparel market insights at NPD. “From bras and shapewear, to socks and pajamas, consumers are prioritizing adaptable apparel that provides benefits for everyday occasions – fitting the work-from-home lifestyle, while also making us feel comfortable, confident, and polished as we head out the door again. Brands that are nimble and innovate according to the consumer’s updated wardrobe will lead growth in the apparel industry, as we move ahead.”

Photo by The NPD Group