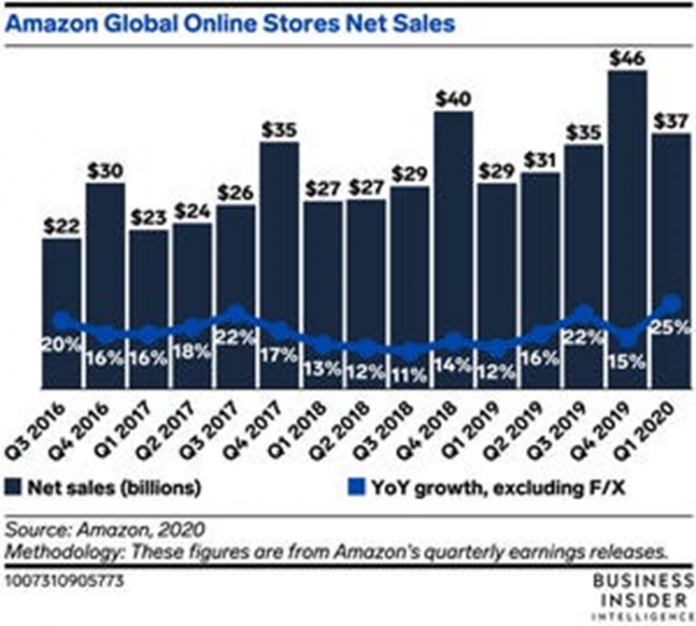 Despite placing various restrictions on its services to adjust to the pandemic, Amazon posted major jumps in annual sales growth, suggesting its performance could reach new heights as it rolls those limitations back.

The e-tailer’s e-commerce business turned in its highest sales growth in more than three years during the quarter. Amazon’s net sales from its online stores totaled $36.7 billion in the quarter, jumping up 25% year-over-year, excluding foreign exchange rates, per its earnings release. That’s up from the 15% YoY growth it posted in Q4 2019 and the 12% YoY increase it reported in Q1 2019, as the pandemic is propelling demand for products on Amazon even as consumer spending plummets.

Amazon’s physical store segment, which largely consists of Whole Foods, saw its sales growth rise after consecutive quarters of negative growth. The physical store segment racked up over $4.6 billion in sales in Q1 2020, growing 8% YoY, excluding foreign exchange rates. This comes after the segment’s sales shrunk 1% in each of the previous two quarters, as the sudden focus on essential products such as groceries appears to have driven consumers to Whole Foods as well as Amazon’s online offerings.

Incidentally, according to earlier reports by Business Insider, Amazon owner Jeff Bezos has seen his personal net worth increase by $23.6 billion during the past four months. 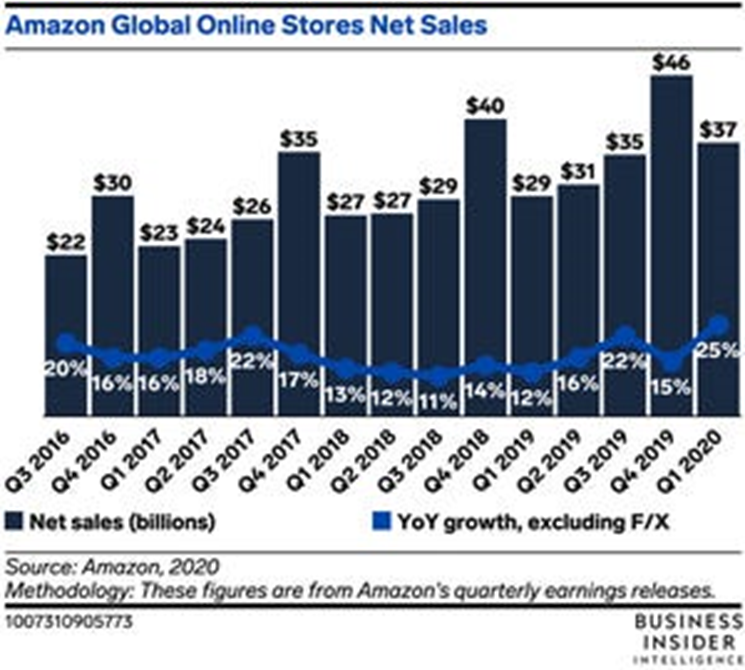