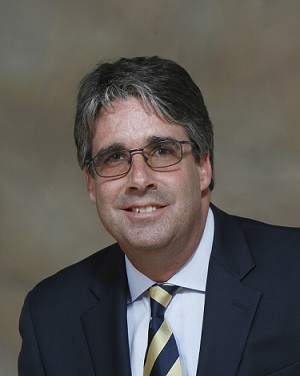 The American Knife and Tool Institute (AKTI) announced recent changes to its Board of Regents. The board is joined by three company representatives and retains leadership in the vice president position. The nonprofit membership association is a credible, responsible advocate for the sporting knife and tool industry, representing all community segments from manufacturers to knife owners.

At the spring AKTI board meeting, John Sullivan (pictured), Director of Compliance at W.R. Case & Sons Cutlery, was elected Vice President. He joins Mark Schreiber, President of CRKT and President of AKTI, in leading the Board of Regents. Sullivan has been a veteran on the Board since 2012 and plays an instrumental role in legislative initiatives underway in Pennsylvania. He also serves on several other committees for the nonprofit organization.

Three new representatives for their member companies recently joined the AKTI Board of Regents, bringing their backgrounds and skills to solve common industry issues and advocate for knives as valuable, essential tools. They are:

The American Knife & Tool Institute is governed by a Board of Regents that includes a cross-section of the knife industry. Member companies include American Outdoor Brands, Benchmade Knife Company, Boker, Buck Knives, CRKT, Gerber, GSM, and W.R. Case & Sons. Regular input to the Board from Advisory members also adds to the organization’s knowledge, credibility, and professionalism in representing the knife community’s broad spectrum of issues. The Board of Regents meets four times a year, and board members serve as the chairs on AKTI committees that hold monthly conference meetings.

AKTI and its members have helped shape multiple positive legislative outcomes, largely with bipartisan support, at the state and local levels across the U.S.  The most recent success was Virginia’s repeal of a ban on automatic opening knives that takes effect on July 1, 2022.