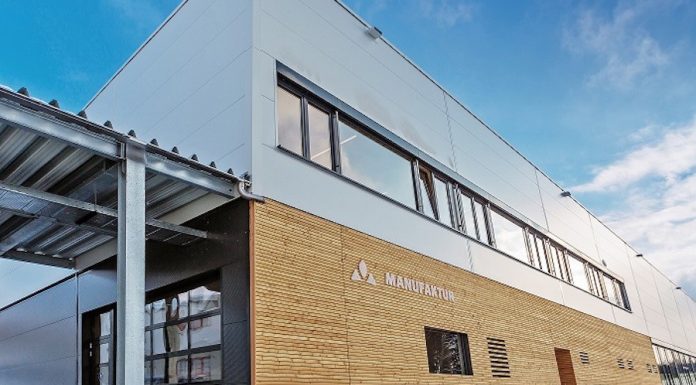 The new 2-million-euro production plant began operation at the beginning of the year with a focus on sustainability, said the company, including natural wood and energy-efficient designs. Vaude said it will continue to expand its Made in Germany production, which is growing by about 20 percent annually.

“We have deliberately chosen to strengthen production at our company headquarters and to invest in a new, highly specialized production facility which represents our values, our roots and our core competencies. We are proud of our Made in Germany products which are in high demand around the world,” said Antje von Dewitz, Vaude CEO. “We are also pleased that we can once again show the visitors on our company tours our own production facility as a highlight. Interest in the facility is enormous.”

Due to a major fire in 2015, production had been temporarily moved to a rented production plant.

RELATED: VAUDE Production Back Up By June